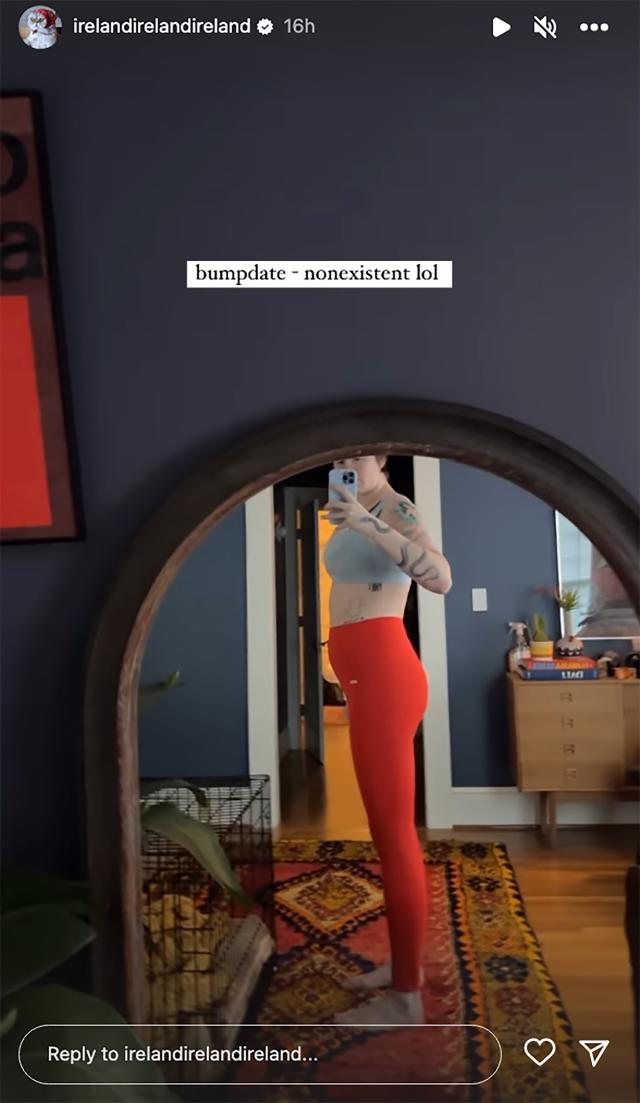 Ireland Baldwin revealed her little baby bump for the first time after announcing her pregnancy.

The model wore an orange legging and a gray sports bra as she shared her “nonexistent” stomach on Tuesday’s Instagram Stories.

In the footage, Baldwin, 27, walks up to a mirror before turning to the side and tapping at the woman’s tummy.

On New Year’s Eve, the soon-to-be mom and her boyfriend, RAC, announced their engagement to their Instagram followers.

The pair posted a picture of an ultrasound with “Happy New Year.”

“WELCOME TO THE MOMMY CLUB,” tweeted her cousin Alaia Baldwin, who gave birth to a girl called Iris in August 2020.

Ireland joked, “it’s not a dog haha,” after posting a positive pregnancy test on her Instagram Stories.

Ireland made fun of the fact that her kid was “so deeply tucked in there” and added, “I’m tall, so there’s just a lot of space for her in there.

I’m going to lose my mind if someone asks me to email them a photo of my bump, she said. I don’t have one, therefore.

Later, Ireland’s mother Kim Basinger revealed on Instagram that her daughter is expecting a girl.

The 69-year-old actress also informed her fans that her grandchild will be born in June.

The couple resides in Oregon and runs Good Times, a coffee shop and wine bar.