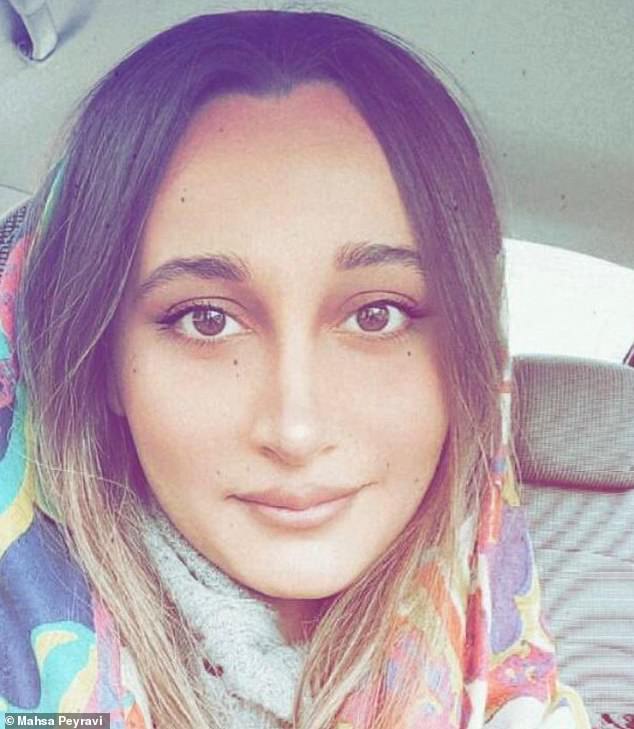 A protesting Iranian woman was sentenced to ten years in prison for “encouraging prostitution” after removing her hijab.

The 25th of December saw the indictment of Mahsa Peyravi, 25 years old, by Branch 15 of the Tehran Revolutionary Court.

The court found her guilty of “encouraging corruption and prostitution” and “assembling and conspiring.”

Ms. Peyravi was apprehended by security forces on October 17 after she removed her headscarf and raised it above her head on Tehran’s Mirdamad Boulevard.

Mahsa Peyravi, 25 years old, was apprehended by security forces on October 17 after removing her headscarf and raising it above her head on Tehran’s Mirdamad Boulevard.

The head of Branch 15 is the notorious judge Abolqasem Salavati, who human rights and political activists have dubbed “Iran’s Hanging Judge.”

Once, he presided over the execution of Mohsen Amiraslani, a man who had portrayed Jonah and the Whale as a fictional morality story.

Three days later, Ms. Peyravi was released on bail after posting a bond of IRR 2.5 billion (£50,000). The verdict is provisional and appealable.

The deadly beating of 22-year-old Mahsa Amini by morality police for wearing her hijab ‘improperly’ sparked protests in Iran on September 16.

In the Kurdish-controlled north-east of Syria, women torched their headscarves. Since the passing of Mahsa Amini, protests have spread throughout the Middle East and the West.

According to credible estimates, at least 469 protestors have been slain, and 39 are at risk of execution or death sentences.

It is estimated that 18,210 demonstrators have been arrested.

Following the death of 22-year-old Mahsa Amini, a large number of individuals throughout the Middle East and the West have participated in protests to burn their headscarves.

The Islamic republic is under intense pressure from the West to cease the carnage.

After decades of social and political repression, the demonstrators claim to be fed up and deny having any foreign objective.

83-year-old supreme leader Ayatollah Ali Khamenei has ruled Iran for more than three decades. Protesters in Tehran have chanted “Death to the tyrant” during the demonstrations.