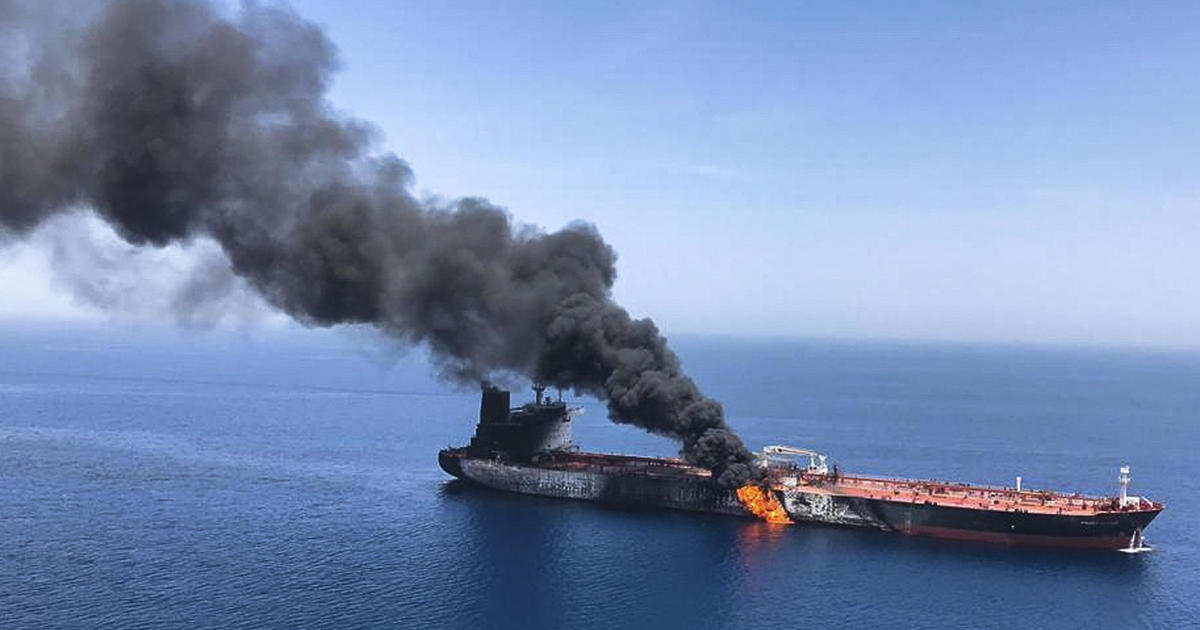 Dubai, Emirates Arabes Unis — An official informed The Associated Press on Wednesday that an Israeli billionaire’s oil ship was attacked by a bomb-carrying drone off the coast of Oman amid heightened tensions with Iran.

The strike occurred Tuesday night off the coast of Oman, according to a defense officer based in the Middle East. The individual spoke anonymously because they were not authorized to discuss the attack publicly.

The United Kingdom Maritime Trade Operations, a British military agency that monitors ships in the region, informed the Associated Press, “We are aware of an incident and are currently investigating it.”

An Iranian-made Shahed-136 explosive drone is fired from a mobile launching unit in a screenshot from an Iranian Islamic Revolutionary Guard Corps propaganda movie (IRGC). IRGC/Handout

Commander Timothy Hawkins of the U.S. Navy’s Fifth Fleet, which operates widely throughout the region, was quoted by Reuters as saying the American military was aware of an incident involving a commercial vessel in the Gulf of Oman, but declined to comment.

The official who spoke to the AP identified the vessel struck as the oil tanker Pacific Zircon flying the flag of Liberia. This tanker is operated by Eastern Pacific Shipping, a Singapore-based corporation ultimately controlled by Israeli billionaire Idan Ofer.

Eastern Pacific Shipping stated in a statement that the tanker Pacific Zircon was “struck by a projectile” approximately 150 miles off the coast of Oman.

“We are in contact with the ship, and there have been no reports of injuries or contamination. The entire team is safe and accounted for “the corporation reported. There is some damage to the vessel’s hull, but no cargo loss or water penetration has occurred.

The Israeli Embassy in Abu Dhabi did not answer a phone. The office of the Israeli prime minister and the defense ministry refused to comment.

Even though no one immediately claimed responsibility for the bombing, Iran was instantly suspected. Tehran and Israel have waged a shadow war across the greater Middle East for years, with some drone operations targeting Israeli-affiliated vessels traveling in the region.

In this 13 June 2019 file photo, a tanker on fire in the Sea of Oman is attributed to an Iranian attack. AP

Two aboard the Israeli-affiliated oil ship Mercer Street were killed by a suspected Iranian drone strike off the coast of Oman in 2021.
The attack on the Pacific Zircon was not immediately acknowledged by Iranian state media. On Wednesday, it was unclear where the vessel was located. After leaving the Omani port of Sohar, MarineTraffic.com’s satellite tracking data from late Tuesday positioned the vessel in the Arabian Sea.

Since the failure of Iran’s nuclear deal, nonproliferation specialists have warned that the Islamic Republic now possesses enough enriched uranium to produce at least one nuclear weapon, despite Tehran’s insistence that its nuclear program is peaceful.

During the months-long mass protests that are increasingly testing Iran’s theocracy, Iran has also attacked its perceived opponents abroad.