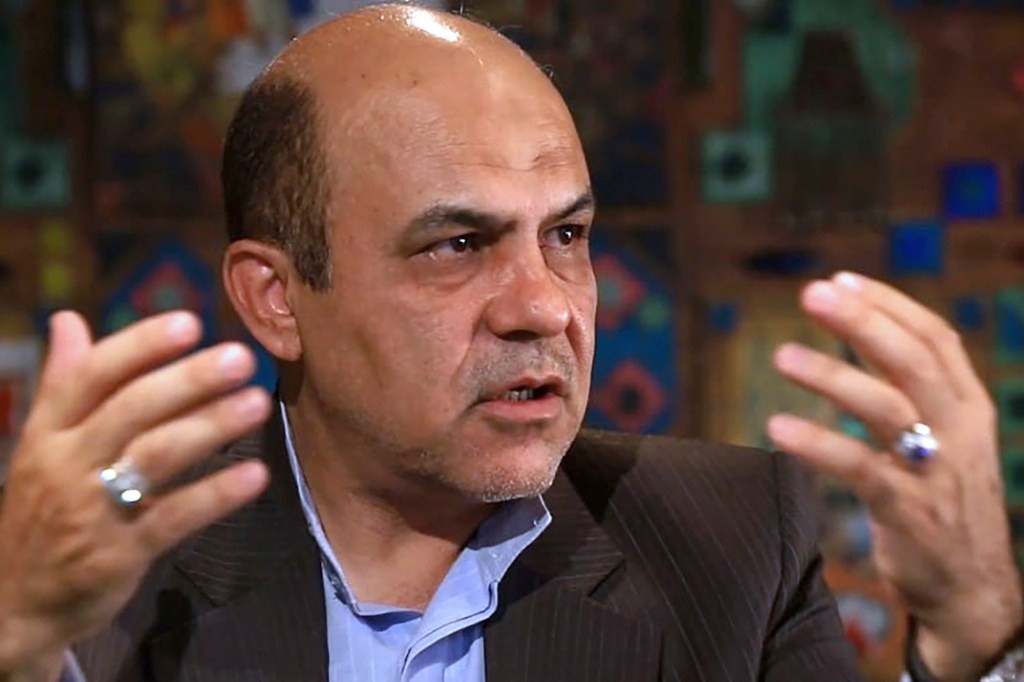 Iran announced on Saturday that it has executed a dual Iranian-British national who had held a high-ranking position in the country’s defense ministry, raising tensions with the West amid the statewide protests currently roiling the Islamic Republic.

The execution of Ali Reza Akbari, a close associate of top security official Ali Shamkhani, indicates an ongoing power struggle within Iran’s theocracy as it attempts to quell protests over the death of Mahmoud Amini in September.

It also recalled the widespread purges of the Iranian military that followed the 1979 Islamic Revolution.

The execution of Akbari provoked immediate outrage in London.

Foreign Secretary James Cleverly stated in a statement that the death of British-Iranian Ali Reza Akbari was a heinous act that deserved the harshest condemnation possible. “Through this politically motivated act, the Iranian regime has demonstrated once again its indifference to human life.”

He continued, “This will not stand without opposition.”

The Iranian news outlet Mizan, affiliated with the country’s court, confirmed Akbari’s execution without specifying the date. However, reports circulated that he had been executed days prior.

Iran claims, without evidence, that Akbari was a source for Britain’s Secret Intelligence Service, also known as MI6. According to a lengthy statement made by Iran’s judiciary, Akbari obtained substantial quantities of money, his British passport, and other assistance in London in exchange for information provided to the intelligence service.

However, Iran has consistently accused anyone who travel abroad or have Western links of espionage, frequently using them as negotiating leverage.

Akbari, who managed a private think tank, is believed to have been detained in 2019, but details of his case have only emerged within the past few weeks. Those accused of espionage and other national security-related offences are typically tried behind closed doors, where, according to rights groups, they are not permitted to choose their own attorneys or view the evidence against them.

The BBC’s Farsi-language program broadcast an audio message in which Akbari reported being tortured.

Wednesday, the BBC Farsi service broadcast an audio message from Akbari in which he reported being tortured.

“By using physiological and psychological methods, they broke my will, drove me insane, and compelled me to do whatever they desired,” Akbari stated in an audio recording. “Through the use of firearms and death threats, they coerced me into confessing to false and corrupt claims.”

Iran has not responded on the allegations of torture. However, the United Nations’ human rights director has cautioned Iran against using the death sentence as a “weapon” against protesters.

“The charges against Ali Reza Akbari and his execution sentence were motivated by politics. “His execution is inexcusable,” he stated. “We are deeply troubled by reports that Mr. Akbari was drugged, tortured in custody, interrogated for thousands of hours, and coerced into making false confessions.”

He continued, “More generally, Iran’s practices of arbitrary and unjust detentions, forced confessions, and politically motivated executions are inexcusable and must cease.”

Iran is one of the leading executioners in the world.

Since the death of Amini in September, following her incarceration by the morality police, Iran’s administration has been attempting to suggest — without providing evidence — that foreign powers have stoked the turmoil engulfing the Islamic Republic. Protesters claim

Iran has been engaged in a shadow war with the United States and Israel for some years, highlighted by clandestine attacks against its contested nuclear program. The assassination of Iran’s foremost nuclear scientist in 2020, which Iran blamed on Israel, was an indication that foreign intelligence services had made significant inroads. Iran cited this scientist when addressing Akbari’s case, although it is unknown what, if any, current information he would have had about him.

Prior to 1988, Akbari oversaw the implementation of a cease-fire between Iran and Iraq after their horrific eight-year war, working closely with United Nations observers. He worked as the deputy defense minister under Shamkhani under the era of reformist President Mohammad Khatami, presumably making his credentials even more suspect to hard-liners inside Iran’s theocracy.

Ayatollah Ali Khamenei currently presides over the Supreme National Security Council of Iran, which Shamkhani currently serves as secretary. The BBC Persian broadcast an audio clip in which Akbari stated that he was suspected of acquiring top-secret information from Shamkhani in exchange for a bottle of perfume and a shirt. Nonetheless, it looks that Shamkhani retains his position.

Iran’s current anti-government rallies are one of the Islamic Republic’s greatest problems since the 1979 revolution.

Human Rights Activists in Iran, a group that has been following the disturbance, reports that at least 520 demonstrators have been killed and 19,400 people have been detained. The Iranian government has not released official statistics on deaths or arrests.

Iran has hanged four individuals convicted of offences related to the protests, including attacks on security forces, in highly criticized trials.