An Albanian actor and his wife who were thrown from the sixth story of their New York apartment building may have fought before the deadly fall. 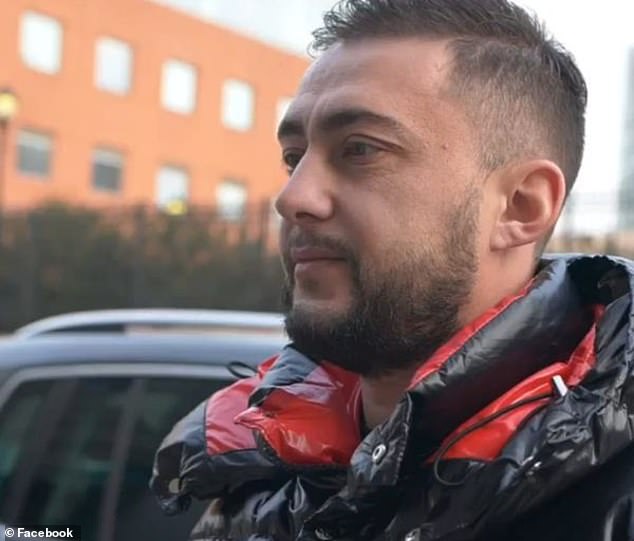 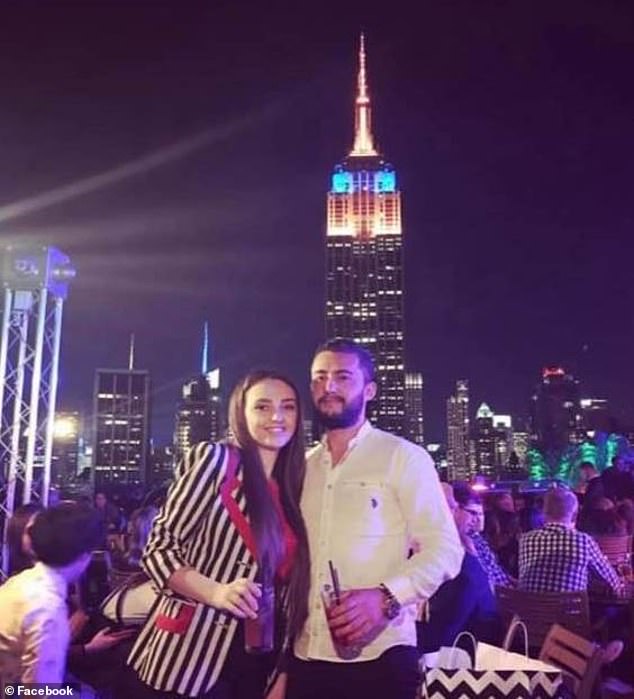 A high-ranking police source informed the New York Post on Tuesday that investigators are looking into the potential of a fight between the pair.

‘There were clues in the flat that it wasn’t all Kumbaya, like they didn’t simply leave their kids behind and leap,’ the person claimed.

Florind Belliu, 35, and Ornela Shehi, 28, were discovered in the courtyard of 2199 Cruger Avenue near Pelham Parkway South in The Bronx’s Morris Park district at 9:15 a.m. Saturday after falling from the sixth story.

The footage shows Shehi falling from the sixth storey of the building and landing in an alleyway. Her spouse arrived moments afterwards.

According to a police source, no suicide note was left behind.

The cause of death for either Belliu or Shehi has yet to be established by the city’s Medical Examiner’s Office, which is awaiting ‘further investigation information.’

As detectives proceeded to probe into the horrific tragedy as the unfortunate outcome of a probable disagreement between the couple, neighbors said they heard yelling immediately before the couple fell.

According to neighbors, the couple moved into the building with their two young kids approximately four months ago, and authorities never received allegations of domestic violence, according to police sources.

Their two young kids, aged six and two, were inside the flat at the time, and one neighbor recalls hearing a youngster scream out, ‘Mom! Mom!’ following the awful fall.

Neighbors told local media that the couple was a ‘quiet couple’ who ‘kept to themselves,’ but that they saw Belliu in a rage on Friday.

‘I’ve seen them constantly purchasing items for the home, like every day, with two kids together, and we didn’t realize there was anything wrong,’ she says. The wife of the building’s super, Shadie Perkaj, told the Daily News that Saturday was Belliu’s birthday.

According to EuroNews Albania, Belliu was an ambitious actor and scriptwriter who graduated from the University of Arts in Tirana, Albania, and performed on TV and in the theater before migrating to the United States.

‘What immense agony drove you to [suicide]?!’ Caslli’s writing was in Albanian. ‘A multiple tragedy with no words of consolation.’ God grant your children and parents strength.’

On Saturday, family and friends gathered outside the Bronx apartment building to grieve. According to the New York Daily News, Belliu’s distraught mother fell and could be seen crying in reaction to the news of her son’s death. According to police sources, Belliu was reported to be ’emotionally disturbed’ and missing in April before authorities found him.

Neighbor Robert Sanchez characterized Belliu as having an unfriendly disposition.

‘When you walked next to him, he simply didn’t have a welcoming vibe, so I just kept it going,’ Sanchez said. ‘They were pretty reclusive and kept to themselves.’

An staff at neighbouring café Zymi concurred with the attitude.

‘He was never in a good frame of mind. ‘He would come in for a coffee or something to eat and would not mingle with the other residents of the community,’ the staffer said. ‘The wife never mentioned anything.’ She was usually silent and lonely, but they appeared to constantly have the kids (with them).’ On social media, friends and relatives grieved the couple’s death while asking why he reportedly threw himself over the building.

‘Why, why, why did you chose this route, bro?’ What was lacking when you had us all wrapped in your arms and supporting you? ‘What drove you to choose a path with no beginning and no end?’ Albanian actor Andi Llabuti made a post.

‘What do we tell [your] mother when she sees us on the street and realizes we can’t protect you?’ Why didn’t you consider your family, your mother and your sisters? We were all aware of your skills and ideals, but never of your knowledge! There is no explanation for how you made us so unhappy! May Allah grant you compassion!’

In a Sunday post, he said, ‘I can’t believe I’m creating this status for you.’ ‘You are imprinted in my memory and heart for all of the wonderful experiences we had and the love we shared for performing.’ May you both rest in peace, my dear friend, and may God give both families courage in these trying times.’