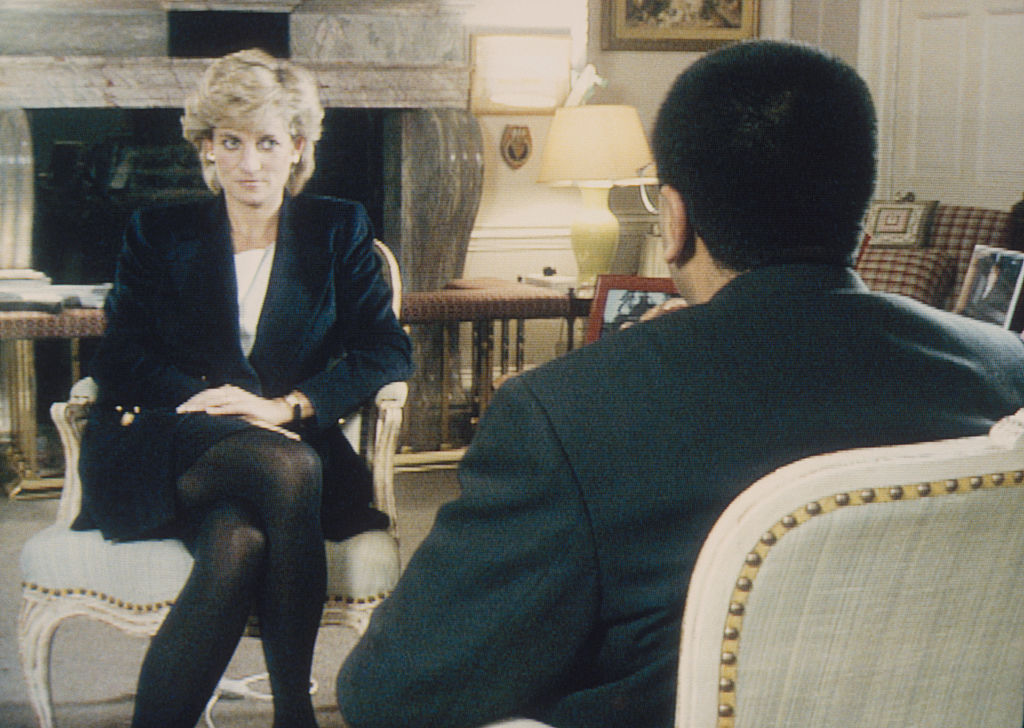 Diana was duped by a disgraced journalist into giving an interview to the BBC in November 1995, in which she famously revealed Prince Charles’ affair with Camilla Parker Bowles.

William, 40, stated last year that the interview should never be aired again after a BBC investigation revealed that it was obtained by trickery and contributed to Diana’s dread and paranoia following her divorce from Charles.

Harry, 38, discusses media encroachment on the royal family in the first episode of “Harry & Meghan,” which began streaming on Netflix early Thursday morning, before an excerpt from the interview is broadcast.

Following a videotape of Diana requesting a photographer to stop filming her and her sons during a vacation in Switzerland, Harry states, “I believe she had firsthand knowledge of how difficult her life was. She was forced to discuss it.”

As the “Panorama” introduction is displayed, Harry comments, “Especially that ‘Panorama’ interview. I believe we are all now aware that she was duped into giving the interview, but that she told the truth about her experience.”

His late mother was duped into giving the interview, according to Prince Harry.
Netflix

Diana discusses the “daunting and phenomenal” press interest in her life and family in this interview segment.

An official BBC investigation in 2021 determined that Bashir, 59, had operated in a “deceitful” manner and faked paperwork to arrange the interview with Diana, during which she made the now-famous remark “three of us in this marriage, so it was a bit crowded.”

In response, William stated, “I believe the deceptive manner in which the interview was collected had a significant impact on what my mother said. The interview contributed significantly to the deterioration of my parents’ relationship and has since harmed countless others.

Knowing that the BBC’s failures largely contributed to her anxiety, paranoia, and isolation during her final years with me fills me with immeasurable sorrow.

The Prince of Wales said, “In my opinion, this ‘Panorama’ program has no credibility and should never be broadcast again. It effectively constructed a false narrative that the BBC and others have sold for over a quarter century.”

Martin Bashir, a journalist, apologized for the “Panorama” interview.

The BBC decreed that the interview would never again be shown, but Netflix has already violated William’s wishes by included it in the upcoming season of “The Crown.”

Page Six previously reported that Harry and William had divergent opinions on how the “Panorama” interview should be utilized, with insiders indicating that the Duke of Sussex believes the interview can be aired because it included his mother’s ideas and sentiments.

The first three episodes of “Harry & Meghan” premiered on Thursday, with three more scheduled for the following Thursday.

At the beginning of the series, Netflix issued a statement stating that the royal family declined to comment.