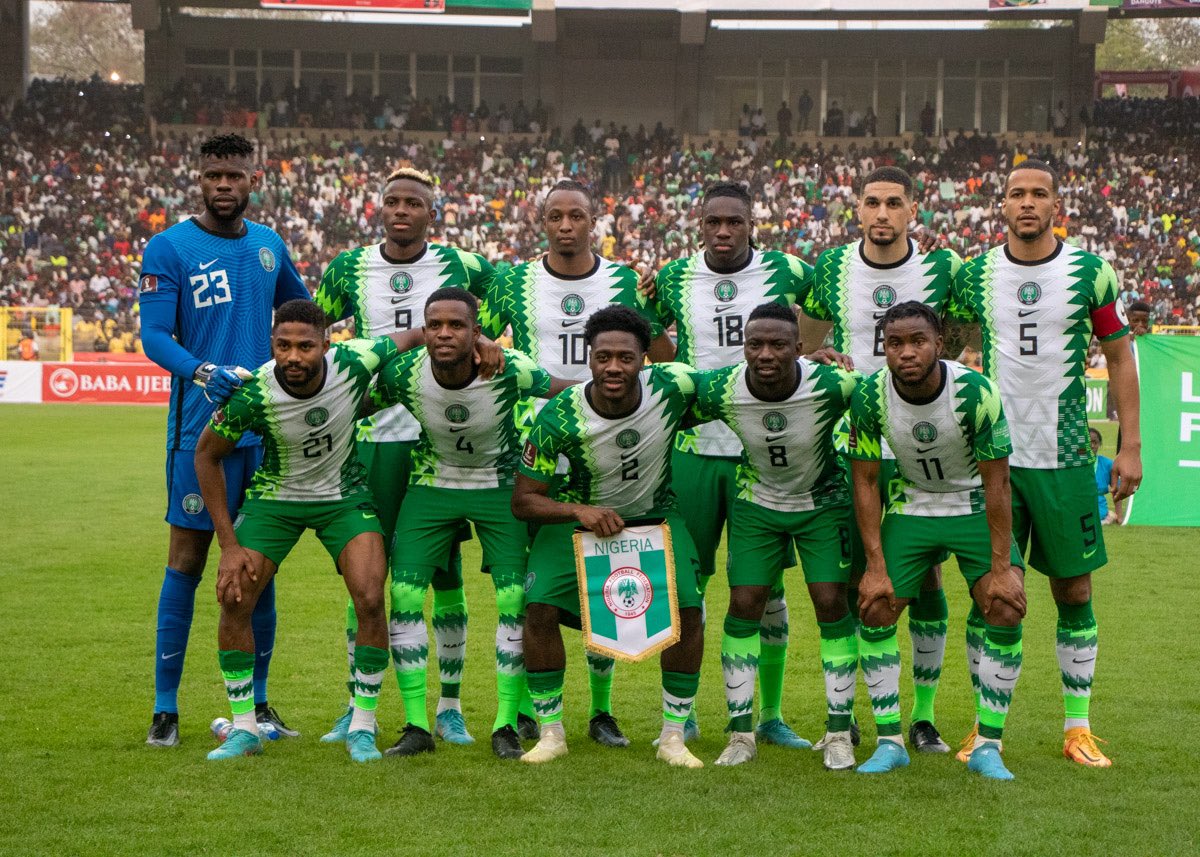 The Nigeria Football Federation and the Federación Ecuatoriana de Fútbol on Friday announced that the ‘A’ National Teams of both countries will play a friendly match in New Jersey, USA on Thursday, 2nd June 2022.
Both teams will clash at the 25,000–capacity Red Bull Arena in Harrison, New Jersey – home to Major League Soccer’s New York Red Bulls.

The match comes only five days after three–time African champions Nigeria would have squared up to the El Tri of Mexico, one of the strongest teams in the CONCACAF region, in another prestigious international friendly match at the AT & T Stadium in Arlington, Texas.
Read more: Europa League: Eintracht Frankfurt Stuns Barcelona At Camp Nou
Ecuador, currently ranked 46 in the world by world football –governing body FIFA, reached the Round of 16 at the 2006 FIFA World Cup finals in Germany (their second appearance at football’s high table, following their debut in the Far East in 2002).
Nigeria have participated at the FIFA World Cup finals on six occasions, reaching the Round of 16 in 1994, 1998 and 2014.