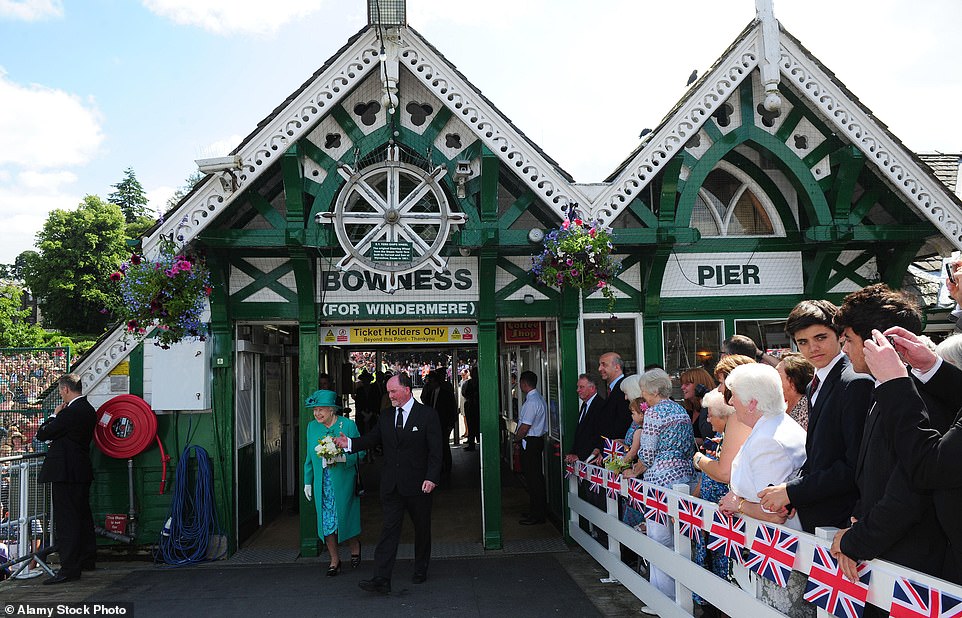 Over the course of more than 70 years on the throne, Her Majesty the Queen has been a beacon of stability and has set an example of how to go about Royal duties with stoicism and integrity.

Her role as first a princess and then the United Kingdom’s monarch has seen her visit thousands of historic sites across England, from churches and cathedrals to ships and lighthouses.

Now, a new interactive map launched today to celebrate the Queen’s Platinum Jubilee allows Britons to see some of Her Majesty’s visits to heritage sites near them, both before she succeeded her father King George VI as monarch and during her reign.

Starting with her trip to her mother’s family home – St Paul’s Walden Bury – when she was aged just six in 1932, Historic England’s tool shows Her Majesty visiting 220 designated heritage sites across England.

The map’s earliest visit after Her Majesty became Queen in 1952 is a trip to Maiden Castle in Dorset, whilst the most recent – in 2019 – is a tour of the Hauser & Wirth gallery in Bruton, Somerset.

One stunning image shows the Queen peering through a telescope during a visit to the Royal Observatory in Greenwich in 1960.

Another shows her attending a service at Eastbourne’s St Mary’s Church with her parents and sister Princess Margaret when she was aged 10.

A third shows Her Majesty enjoying a train ride in Sunderland during the second leg of her Golden Jubilee tour in 2002.

Historic England have built the ‘story map’ both to teach school children about the Queen’s role as monarch and to highlight the heritage sites on their doorstep.

Viewers can find their areas on the map, which splits into regions, and then see the relevant images of Her Majesty.

Historic England’s new map has been produced as part of the body’s Heritage Schools programme, which is funded by the Department for Education.

The earliest photograph on the map shows the then Princess Elizabeth with her sister Margaret playing in the sandpit at St Paul’s Walden Bury, which was the home of their grandparents Claude Bowes-Lyon, the 14th Earl of Strathmore and Kinghorne, and Cecilia Cave.

St Paul’s Walden Bury was where the Queen Mother grew up. Built in 1730, the estate stayed with the Bowes-Lyon family during the 19th and 20th centuries.

The second oldest photograph on the map shows the Queen walking hand in hand with her parents, who were then the Duke and Duchess of York, as they visited the historic St Mary’s Church in Eastbourne in 1936.

Another photo from the Queen’s childhood shows her on the historic Sandringham estate, which has been a royal residence since the mid-19th century.

The image, taken when the then Princess Elizabeth was a teenager, shows her cycling with her father as her mother sat in a horse-drawn cart nearby.

After the death of her father in February 1952, Her Majesty became the Queen of the United Kingdom aged 25.

She visited Maiden Castle in July that year. The fort is at least 500 years old and has been the subject of many archaeological excavations in the 19th and 20th centuries.

It also featured in the novels of Thomas Hardy and the 1967 film Far from the Madding Crowd.

In 1960, the Queen visited the restored Flamsteed House, which is the oldest part of the restored old Royal Observatory at Greenwich.

A Latin inscription at the site states it was founded by Charles II in 1676.

More recent images show the Queen during visits later in her reign.

In one, she is seen visiting the RNLI’s lifeboat station at St Ives in Cornwall in 2013. The historic station was built in 1861.

Historic England’s chief executive Duncan Wilson said: ‘This interactive map shows the incredible variety of sites the Queen has visited in the past 70 years.

‘We hope schools, teachers, parents and the wider public will explore the map, discover more about their local historic sites and follow in the Queen’s footsteps by supporting their local heritage.’

Education Secretary, Nadhim Zahawi said: ‘Queen Elizabeth II is the first British Monarch to celebrate a Platinum Jubilee and Her Majesty’s dignity, commitment and grace continues to inspire people all over the world.

‘It’s so important that children have the opportunity to learn about the Queen’s life, and millions will soon have access to a number of educational resources including the brilliant interactive story map announced today, and the Department for Education’s Platinum Jubilee Celebration book, which will begin to arrive in schools this month.