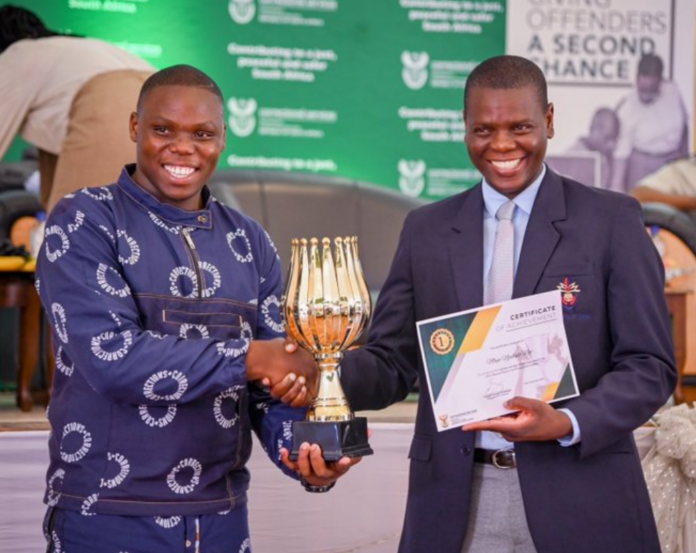 The Minister of Justice and Correctional Services, Ronald Lamola, lauded the accomplishments of offenders who earned their matriculation in 2022.

Lamola stated that the detainees are determined to make the most of their second opportunity and are seizing possibilities that will allow them to become upstanding citizens upon their release.

“Because of this, we are committed to ensuring that inmates do not sit idle in their cells and our facilities; they must participate in educational programs,” Lamola explained.

If they pursue school as a form of rehabilitation, a bright future becomes more tangible. When they return to society, they become different individuals.”

He stated that the inmates were competing with students from all around the world and that their newly acquired knowledge and skills will serve as a stepping stone to vocations that would propel them to greatness.

“Education has been shown to restore prisoners’ self-esteem and social skills. “Among our ex-offenders, we have professors, doctors [Ph.D.], and people of high regard,” added Lamola.

He pleaded with society not to discriminate against former offenders. “Where should people utilize their gained skills if their own communities reject their attempts to earn an honest living?

“Out there, competition for jobs is fierce; don’t bask in your accomplishments for too long; instead, begin applying for bursaries to further your education and enroll in degrees in your desired fields of study.”