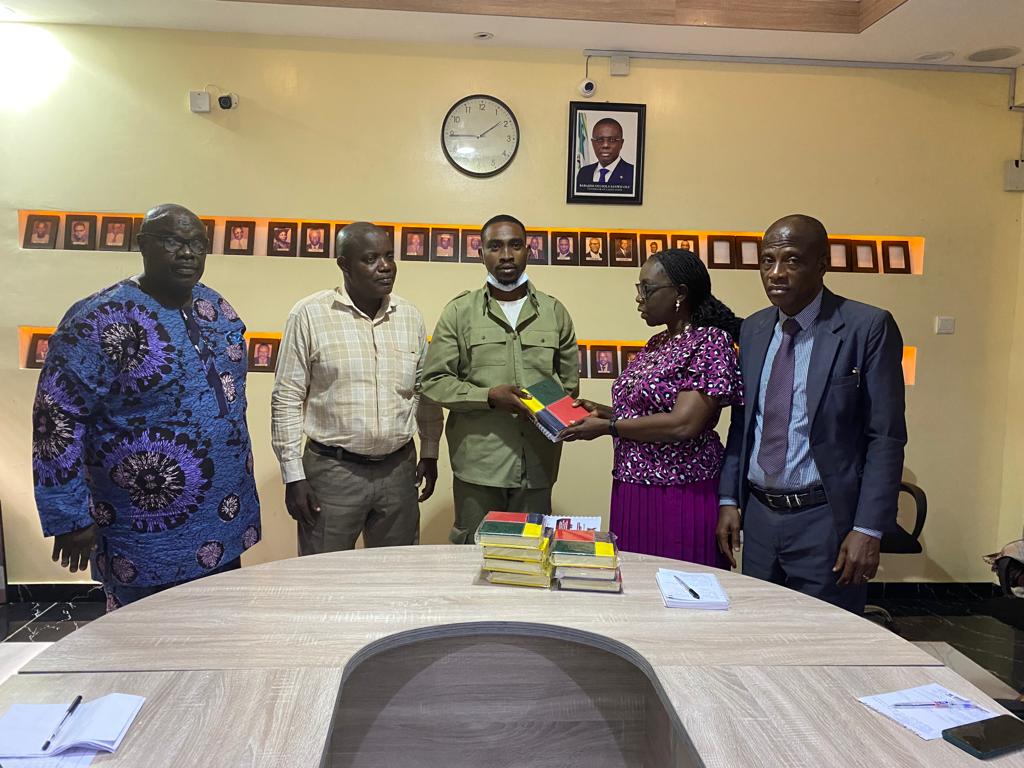 The Lagos State Ministry of Information and Strategy has organised a debate competition among 52 National Youth Service Corps (NYSC) members currently serving in the Ministry with the theme: “Should NYSC Be Scrapped or Not”.  In his keynote address, the Permanent Secretary, Mr. Olusina Thorpe, said the competition is to bring corps members posted to the Ministry together, interact with one another and brainstorm on the theme of the competition, in addition to exchanging views and ideas on things that will be beneficial to them and the system at large.

Thorpe, who was represented by the Director, Administration and Human Resource, Mrs. Sope Akinsemoyin-Malomo, said the Ministry has always initiated programmes and policies to enhance the knowledge and skills of its corps members during their service period.

“The Corps members are made to participate in self-development programmes such as presentations on different topics, debates on burning issues and brainstorming relevant issues in the country. The Administration and Human Resource Department of the Ministry introduced the self-development programmes to fully engage the corpers in other areas aside from their daily operational duties in various departments”, Thorpe said.

The Corps members were divided into two groups of 26 each with the task of arguing in favour or against the theme of the debate while Adekunle Adewale, was the lead speaker of Group One and Chioma Onabukoraye spoke on behalf of Group Two.

The high point of the competition was the presentation of gifts to the leaders of the two groups.