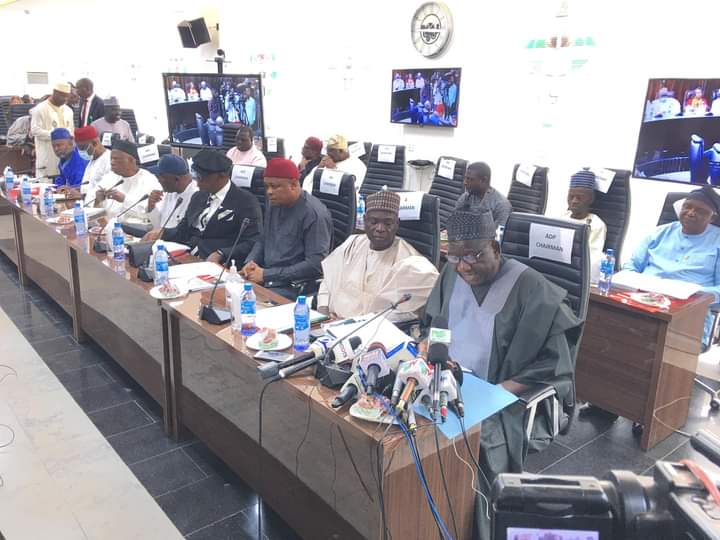 Nigeria’s electoral body, the Independent National Electoral Commission,  (INEC) has called on stakeholders and political parties to adhere strictly in compliance with the timelines for party primaries.

The Chairman of the Commission, Professor Mahmood Yakubu made the call during Consultative Meeting with Leaders of Political Parties at the Commission’s headquarters in Abuja.

The purpose of the meeting was to deliberate on the ongoing Continuous Voter Registration (CVR), the Ekiti and Osun elections and the 2023 Political Party Primaries.

“I hereby reiterate the position of the Commission that there will be no review of the timelines. There are so many inter-related activities that are associated with the timelines which must be carried out. Any review to extend the timeline for one activity will affect other activities and put unnecessary pressure on political parties and the Commission. This will ultimately result in more complications than what the extension seeks to achieve” he said.

Professor Mahmood adviced the stakeholders to work together with the commission to ensure fidelity to the timelines in conducting transparent and democratic primaries for the purpose of electing candidates for the 1,491 constituencies for which elections will be held on 25th February and 11th March 2023.

“In the spirit of working together to comply with the requirements of law, the Commission has prepared a document to guide political parties in the conduct of primaries and nomination of candidates for election, including a checklist of the documentation required for a successful nomination.

“Similarly, the Commission has prepared a calendar of party primaries for presidential, governorship, national and state assembly seats based on the proposals submitted by political parties as at Friday 6th May 2022,” he started.

Promoting inclusiveness
The chairman also use the meeting to remind political parties as they conduct their primaries and nominate candidates for elections, that it is the appropriate time to remind them of their commitment to promoting inclusivity in the electoral process.
“Women, Youths and Persons with Disability (PWDs) have been yearning for greater representation, particularly in elective positions. To assure citizens that you are not paying lip service to this commitment, political parties should encourage greater involvement of all under-represented segments of the society as candidates for elections. This is the only way we can change the reality of increasingly low level of representation of these critical segments of the society in legislative assemblies in particular and the governance of our country in general” he said.

He said Section 42 of the Electoral Act 2022 requires the Commission to invite political parties to inspect samples of materials for the election not later than 20 days before the date fixed for an election.

The Chairman said, “In compliance with this provision, we are inviting all political parties fielding candidates for the Ekiti State Governorship election to inspect samples of the materials on Wednesday 18th May 2022 at the Commission’s Conference Room in Abuja at 11.00am.”

“In doing so, fidelity to internal democracy is critical. Unfortunately, the number of litigations by aggrieved party members challenging the conduct of party primaries so far may exceed the 807 pre-election Court cases on the 2019 General Election in which the Commission was joined by litigants. In addition, as we all know the security situation in the country is challenging enough, do not wittingly or unwittingly compound the situation by the disruptive behaviour of your members and supporters during party primaries and general elections,” he said.

INEC had released time table and schedule of activities for the 2023 General Election over two months ago on Saturday 26th February 2022 and period earmarked for the conduct of primaries by political parties commenced on 4th April 2022 and will end 3rd June 2022.