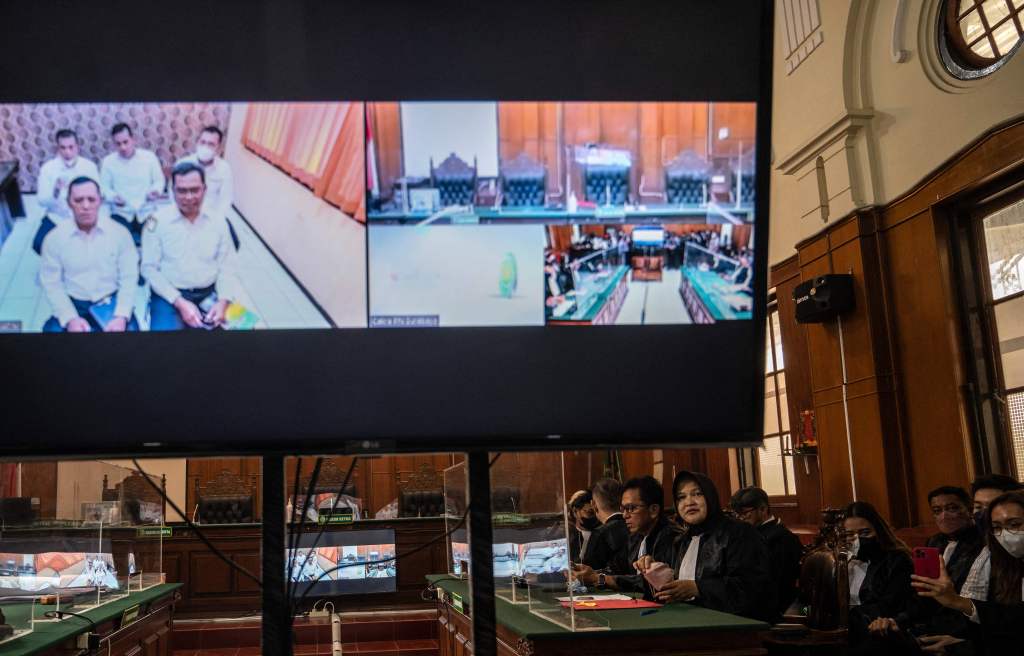 SURABAYA, Indonesia — On Monday, an Indonesian court commenced the trial of five men accused of carelessness that led to the deaths of 135 people after police sprayed tear gas inside a soccer stadium, causing a panicked rush for the exits in which many were crushed.

The tragic crowd surge in Malang, East Java, on October 1 was one of the world’s deadliest sporting tragedies. After Arema FC lost a home match for the first time in 23 years to rival Persebaya Surabaya, fans swarmed the field and police officers sprayed tear gas.

Due to Indonesia’s history of violent soccer rivalry, only Arema supporters attended the match at Kanjuruhan stadium. Organizers barred Persebaya followers from attending.

On January 16, 2023, judges take their seats in the Surabaya courthouse for the first trial of the Kajuruhan stadium stampede.

The police reported the pitch invasion as a riot and claimed that two officers were murdered; however, survivors criticized the police of overreacting. Videos depicted officers employing excessive force, including kicking and striking fans with batons, and shoving people back into the stands.

A minimum of eleven officers shot tear gas, eight canisters into the stands and three onto the field, to prevent additional spectators from entering the field after the game.

In reaction to a public uproar over the killings, President Joko Widodo commissioned an inquiry team, which determined that tear gas was the primary cause of the crowd rush. More than 42,000 spectators inside the 36,000-seat stadium rushed to the exits, several of which were locked, as a result of the police’s “indiscriminate” use of tear gas on the pitch, in the stands, and outside the stadium, which is illegal in soccer stadiums.

During a dispute between supporters of two Indonesian soccer clubs at Kanjuruhan Stadium in Malang, East Java, Indonesia, on October 1, 2022, security forces detain a fan.

It was one of the deadliest soccer-related incidents since a crush in Peru in 1964 killed more than 300 people.

Prosecutors charged the five men — three police officials who allowed or ordered officers to use tear gas and the Arema FC Organizing Committee chair and security chief — with criminal negligence resulting in death or bodily harm, which carries a maximum sentence of five years in prison if convicted.

Monday, authorities in Surabaya, the provincial capital of East Java, placed 1,600 security personnel, including police and soldiers, in and around the Surabaya District Court, and the trial is being conducted remotely for enhanced safety.

Arema supporters, often known as “Aremania,” are forbidden from entering Surabaya during the trial to prevent a potential fight with Persebaya supporters.

A mother displays photographs of her deceased son, who perished in the Kanjuruhan football stadium accident on October 1, 2022.

Since the disaster, the National Police have replaced the police chiefs of the province of East Java and the district of Malang and suspended nine additional officials for violations of professional ethics.

The fact-finding panel, comprised of government officials, soccer and security specialists, and activists, also ruled that PSSI had been careless and disregarded safety and security standards. They demanded that its chairman and executive committee resign.