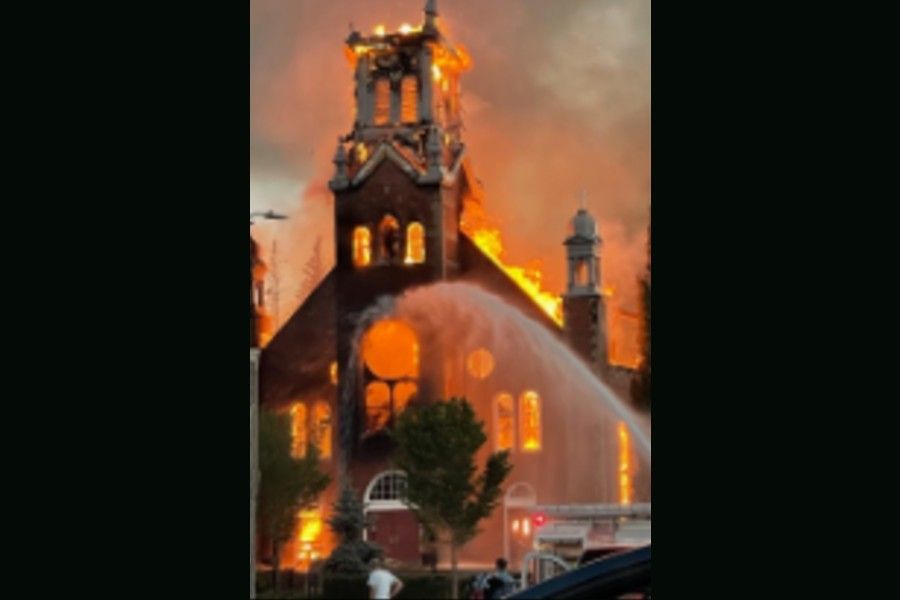 Treaty 8 is one of 11 treaties signed by First Nations and the Crown. Treaty 8 included some–but not all–indigenous bands from parts of what are now the provinces of British Columbia, Alberta, Saskatchewan and a part of the Northwest Territory.

“Make no mistake. From what I just read, (the residential school system) was genocide on our people. This was to annihilate us, but we are still here. We still have a voice,” said Noskey.

“But in saying that, we are asking you as members, as the Nehiyaw and the Dene, and the communities, in your communities, where you have these churches, that we’re asking you to refrain from vigilante actions against the church buildings,” he said.

The Nehiyaw are also known as the Cree people.

Noskey noted that by burning the church buildings, whoever is responsible is possibly destroying a crime scene.

“We don’t want to destroy evidence,” he said. “And you know, these are crime scenes. There’s a lot of crime–crime against humanity, war crimes that were done as a people.”