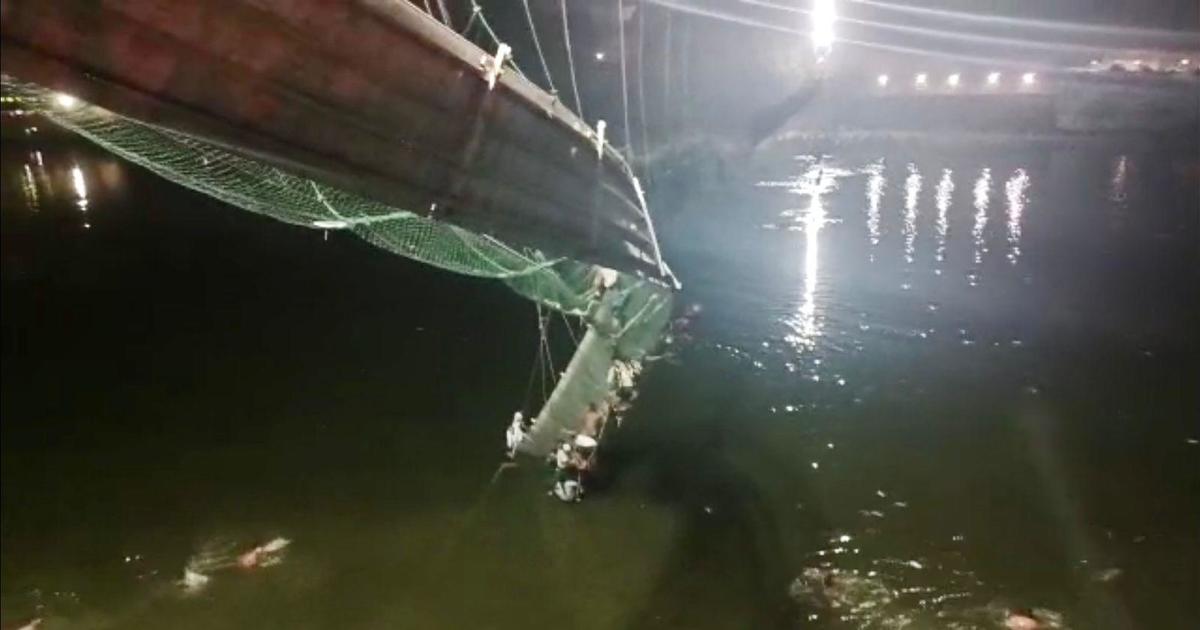 In the western Indian state of Gujarat, a cable bridge fell into a river on Sunday evening, killing at least 35 people and injuring numerous more, according to authorities.

Numerous people reportedly fell into the Machchu River as the bridge in the state’s Morbi district collapsed, according to local media sources. It was unclear how many individuals were on the bridge at the time.

According to authorities who spoke to the Press Trust of India news agency, the bridge, which was constructed more than a century ago and just recently reopened to the public after refurbishment, gave way because it was overloaded with people.

“A number of individuals plunged into the river as a result of the bridge collapse. There is a rescue effort under progress “Brijesh Merja, a state minister, stated. “According to accounts, numerous persons have been hurt. Hospitals are being rushing to receive them.”

Rescue efforts are under way, according to the authorities.

According to a tweet from his office, Prime Minister Narendra Modi provided compensation for the relatives of the deceased and encouraged swift rescue operations.