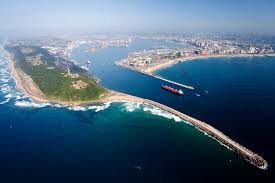 Indian agrochemicals manufacturer UPL Ltd, UPLL.NS, has applied for permission to flush water contaminated by a toxic pesticides spill in South Africa’s city of Durban directly into the sea or the sewerage system, the company said on Saturday.

The municipal authorities have judged the pesticides — which were being contained in a dam that overflowed during devastating floods that struck the eastern port city earlier this month- as being “highly toxic to the environment.”

Looters set fire to a UPL warehouse containing the pesticides during a wave of looting and arson in July last year. That caused a chemical spill which ‘shut down beaches, released severe air pollution and killed marine wildlife.’ Sulphur dioxide, nitrogen dioxide, hydrogen chloride and hydrogen cyanide were among the chemicals released into the dam.

UPL told Reuters in an emailed statement that the “toxicity testing of April 11 showed extremely low levels of marine toxicity, capable of being completely neutralised” by dilution.

The municipality of eThekwini, which includes Durban, did not immediately respond to a request for comment.
UPL “has discussed with authorities disposal by various methods (including) to sewer and or sea outfall via the municipal sewer system,” a company representative said, adding that “the entire proposal is based on the general acceptance by both the authorities and UPL that it is nonsensical” to truck 5224 cubic metres of contaminated water to landfills.

Environmental scientists are increasingly concerned about the contamination of the oceans by industrial chemicals, including pesticides, fertilizers, detergents and petroleum products.