Skip to content
Go Home «» News «» Breaking News «» In this frantic video, a deer crashes through the doors of a Minnesota butcher business 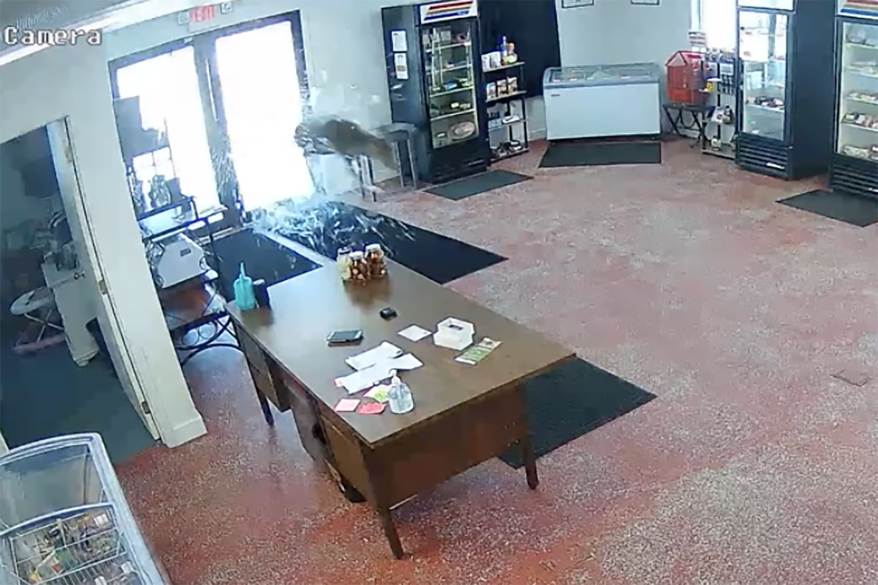 On Saturday morning, a wild deer created havoc in a Minnesota butcher shop, proving to be an unwelcome guest.

In CCTV footage released to She Said Butcher Shop’s Facebook page, a medium-sized doe was seen making its big entry by launching itself through the store’s glass door.

“A deer decided to come inside to warm up, but then realized it was a butcher shop and fled,” the store wrote on Facebook. She did considerable damage on her way in and out.

As it attempted to flee through the store’s window, the panicked deer knocked over a few flower pots and damaged a wall before falling back to its feet.

Surveillance footage shows the deer bursting through the glass doors of the storefront.

Melissa Evans, the owner of She Said Butcher Shop, told NBC15 that she “had no idea what was happening and thought someone had driven through the building or the ceiling was collapsing.”

Evans stated that she and her daughter were in the meat processing room towards the store’s rear when they were startled by the deer charging inside the store.

Evans wrote in a social media post, “I hope the deer is safe and telling her friends about the crazy experience she had today escaping the butcher.”

After rampaging through a Minnesota business, the invasive doe left a trail of smashed glass pieces.

She was compelled to close the shop until Monday in order to repair the damage, but she was optimistic that the unforeseen event would bring “a great deal more business” to her store.

She told the publication, “People will want to see the deer head and the hole in the wall, and discuss the deer that delivered itself to the butcher shop.”

»In this frantic video, a deer crashes through the doors of a Minnesota butcher business«