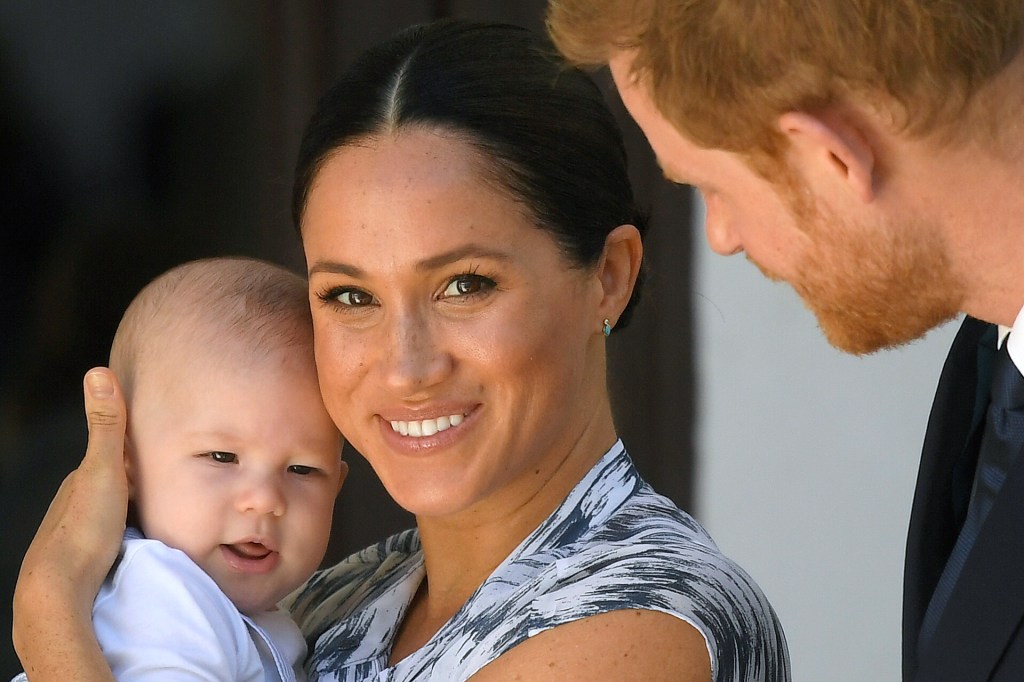 Archie, Prince Harry and Meghan Markle’s three-year-old son, stole a bit of his parents’ spotlight in the Netflix docuseries “Harry and Meghan” when viewers heard him speak for the first time, according to the Sun.

The 38-year-old Prince Harry can be seen birding with the youngest royal on their patio in Montecito, California, in the emotional image.

The video was shot by Markle, 41, while she and the duo were watching hummingbirds near their home.

Bird enthusiast Prince Harry may be heard asking his son to stay calm and appreciate the beauty of nature.

“We’ll never come this near to hummingbirds again,” the prince tells his son.

Archie is quiet for a few moments before becoming noisy, as is usual with toddlers.

“I’ve got a dirty foot mama since I was with you,” the kid cries, drawing laughter from his parents.

“You’ve got a dirty foot, dear,” Markle responds. “Papa is a birdwatcher, so this is a big deal for him.”

Archie, Prince Harry and Meghan Markle’s three-year-old son, grabbed some of his parents’ attention as spectators heard him speak for the first time.

In the touching image, Prince Harry, 38, can be seen birdwatching with the youngest royal on their Montecito patio.
The documentary also includes a photo of Markle with her daughter Lilibet in Lilibet’s nursery.

Archie, who has seldom been seen in public since his birth, sparked outrage when he appeared in a photo with his mother and grandmother while on a video conversation with Jotaka Eaddy, the founder and CEO of Full Circle Strategies, a social-impact consulting organization, and political strategist Donna Brazile.

Several Twitter users melted when they heard the boy’s voice.

“Not Archie having the cutest American accent,” one person tweeted.

The pair also shared images of their daughter Lilibet, who was born in June, as well as videos of Prince Harry reading to his daughter.

“Does Prince Archie speak with an American accent?” “I had no idea what to anticipate from him, but it was nothing like that,” a second person tweeted.

The pair also shared images of their daughter Lilibet, who was born in June, as well as videos of Prince Harry reading to his daughter.

The first three episodes of Netflix’s “Harry and Meghan” were released on December 8, 2022, with the last three scheduled to be broadcast on December 15, 2022.

»In the ‘Harry and Meghan’ docuseries, Archie’s accent and new Lilibet photos are revealed«