Skip to content
Go Home «» News «» Breaking News «» In Spain, a horrifying video depicts an 82-year-old man being assaulted by a rampaging bull 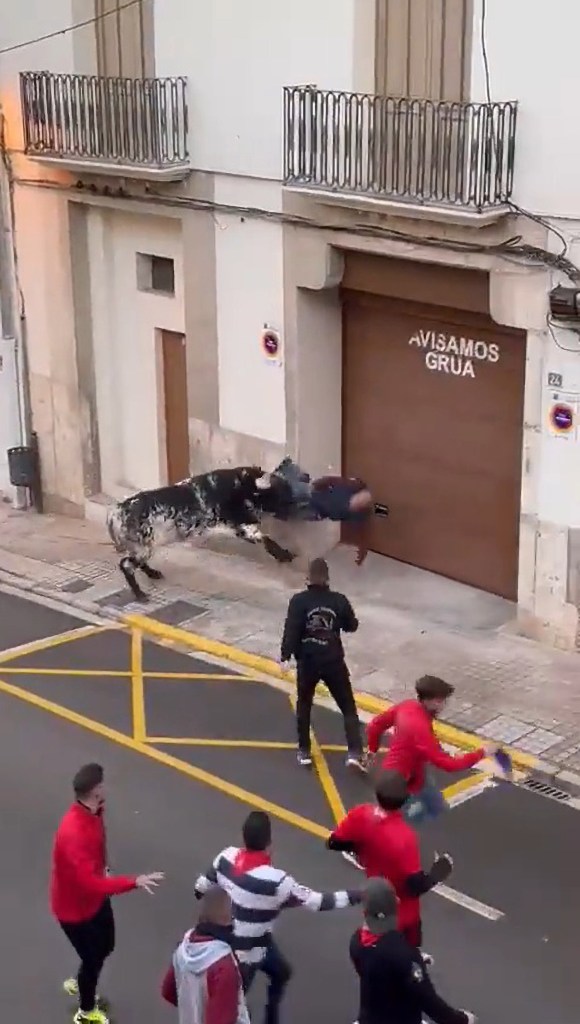 During a fiesta in Spain, an 82-year-old man was assaulted by a bull and smashed into a wall on horrifying video.

During the terrifying occurrence at the Bou en Corda (Bull on a Rope) event in Ontinyent on Sunday, the bull is seen attacking the old man after he is unable to evade the animal, as seen in a video uploaded by the Daily Mail.

Screams are heard as the man is gored by the animal’s horns, pushed into the wall, and then seen unmoving on the pavement.

The bull continues its onslaught until it is taken away from the defenseless victim by a rope.

The man was brought to the local hospital in critical condition with head and hand injuries.

In the Aragonese Spanish tradition, thrill-seekers attempt to take the bull into the residences of the town in the Vall d’Albaida region of Spain.

“The question is not what that old man was doing there, but rather who put a bull on a public highway and gave the mob license to corner him, make him feel terrified, and agitate him,” one social media user remarked in Spanish.

The user wrote, “This country is still determined not to reach the 21st century.”

This year alone, six people have been killed at events involving bulls in the Valencia region of Spain.

»In Spain, a horrifying video depicts an 82-year-old man being assaulted by a rampaging bull«