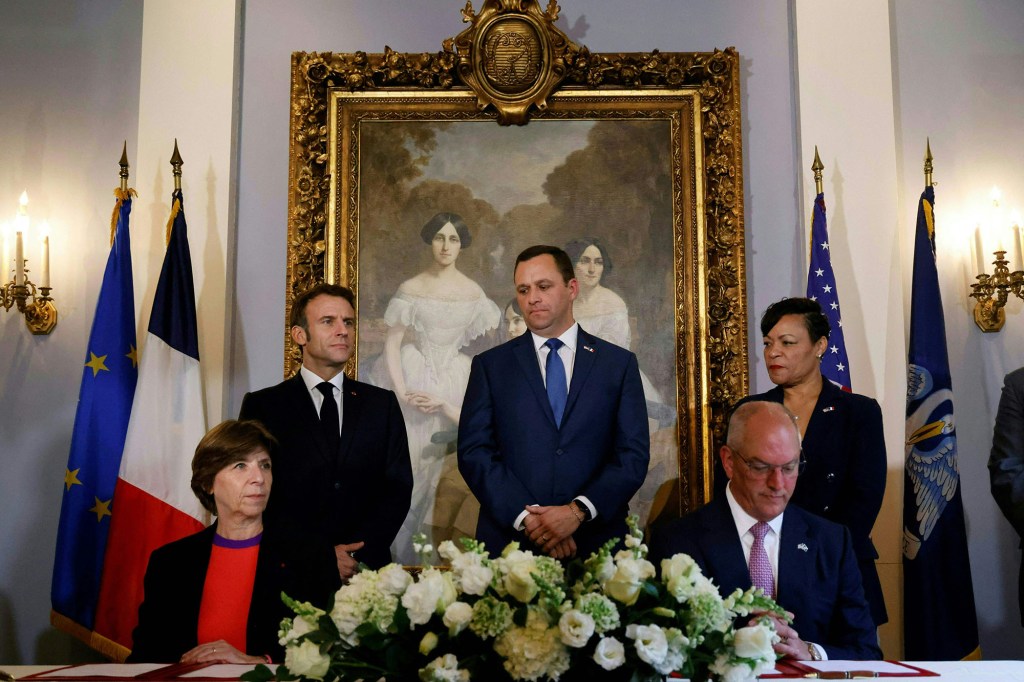 “In accordance with our ambition to decarbonize and reindustrialize France and Europe, I spoke with @elonmusk today about future green industrial projects, particularly the production of electric vehicles and batteries,” Macron said in a tweet accompanied by a photo of himself and Twitter’s new CEO engaged in a private conversation.

Musk said, “It was a pleasure to meet you again. Anticipating amazing plans in France!”

Macron added in a follow-up statement that he pressed Musk on Twitter content filtering, which the free-speech-loving billionaire has relaxed since acquiring the social media network on October 27.

Along with New Orleans Mayor LaToya Cantrell and other dignitaries, French President Emmanuel Macron strolls around the historic French Quarter in New Orleans.

At the New Orleans Museum of Art, French President Emmanuel Macron spoke on the link between Louisiana and France.

“Twitter must make the effort to comply with European legislation,” Macron said. “Transparent terms of service, substantial strengthening of content moderation, and preservation of freedom of speech.”

Musk promised the French president that Twitter will continue to engage in the Christchurch Call, a coalition of governments, online service providers, and civil society organizations that combats terrorist and violent extremist propaganda online.

“We will collaborate with Twitter to enhance the online safety of youngsters. Today, Elon Musk verified it to me. Macron stated, “Let’s better safeguard our children online.”

»In New Orleans, French President Macron had an unexpected meeting with Elon Musk«