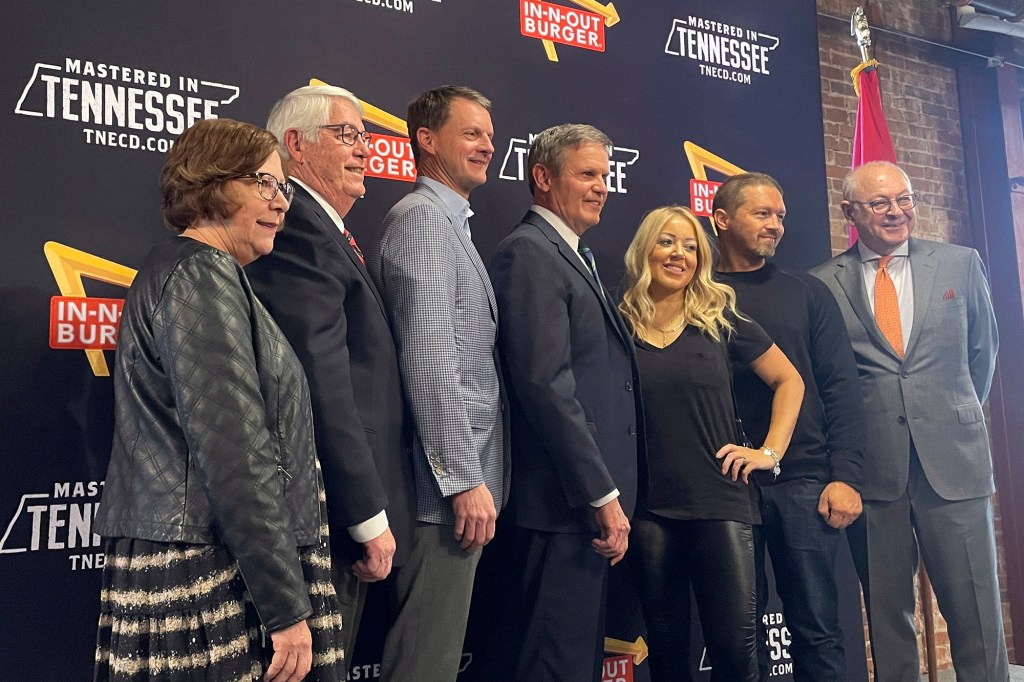 Finally, In-N-Out Burger will expand east of the Mississippi River.

The iconic California-based burger franchise, which has been mostly concentrated in the West since its creation more than 70 years ago, has announced plans to open outlets in Tennessee, marking the company’s furthest eastward expansion in its history.

By 2026, In-N-Out is anticipated to open restaurants in the Nashville area as well as corporate offices in Tennessee.

Lynsi Snyder, granddaughter of In-N-founders Out’s Harry and Esther Snyder, stated, “We are very excited to provide Tennesseans with our high-quality burgers, fries, and shakes.”

“I always consider the desires of my family in every decision I make.”

“I have no doubt that my grandparents, father, and uncle would be proud of this decision to grow our associate family and serve even more amazing Customers beginning in Nashville and the surrounding areas,” Snyder said during an appearance with Tennessee Gov. Bill Lee at a news conference in Franklin, a suburb of Nashville, on Tuesday.

The eastern territory office will provide support for a variety of business responsibilities, including operations management and information technology.

The Snyder family still owns and operates In-N-Out, which was founded in 1948 in the Los Angeles suburb of Baldwin Park as the state’s first drive-through hamburger business.

Lynsi Snyder said that the expansion into Tennessee would likely lead to the opening of additional eateries in surrounding states.

“Knowing that we’ll be delivering from our warehouse in Texas, we have mentioned, we haven’t named any one — there’s a path there that might cross a few other states,” Snyder said.

Don’t worry, there are others who will eventually be incorporated into this scheme.

According to authorities from the State Department of Economic Development, the project will generate 277 jobs in Williamson County, where Franklin is located.