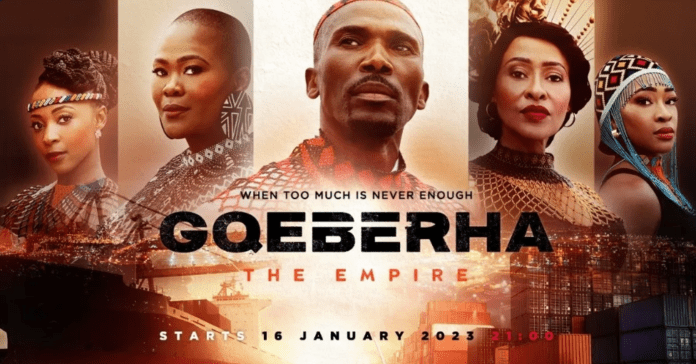 In January, the new Mzansi Magic serial Gqeberha: The Empire will debut on television. The new serial is replacing The Queen, whose seventh season has concluded.

Gqeberha: The Empire is the first Mzansi Magic telenovela to be filmed entirely in the Eastern Cape and is produced by the multi-award-winning Tshedza Pictures.

It is set in the hospitable City and tells the story of a man who appears to have everything: family, love, money, power, glory, and respect. The drama focuses on dynasties, families, love, betrayal, polygamy, and envy.

His choice to extend the family soon threatens to unleash the long-repressed resentment of his wives, but also brings unanticipated issues that risk his connection with his heir-apparent.

Shirley Adonisi, Director of Local Entertainment Channels at M-Net, stated that Mzansi Magic is thrilled to premiere a new telenovela, a genre for which our viewers have a strong affinity.

“With its launch, we are thrilled to expand into Gqeberha and the Eastern Cape, a first in the world of telenovelas.” “We are optimistic that people will fall in love with the series due to the extraordinary storytelling quality of one of the continent’s leading production companies,” she said.

The premiere of Gqeberha: The Empire will air on Mzansi Magic on January 16 at 9 p.m.

»In January, the Mzansi Magic soap “Gqeberha: The Empire” will air«