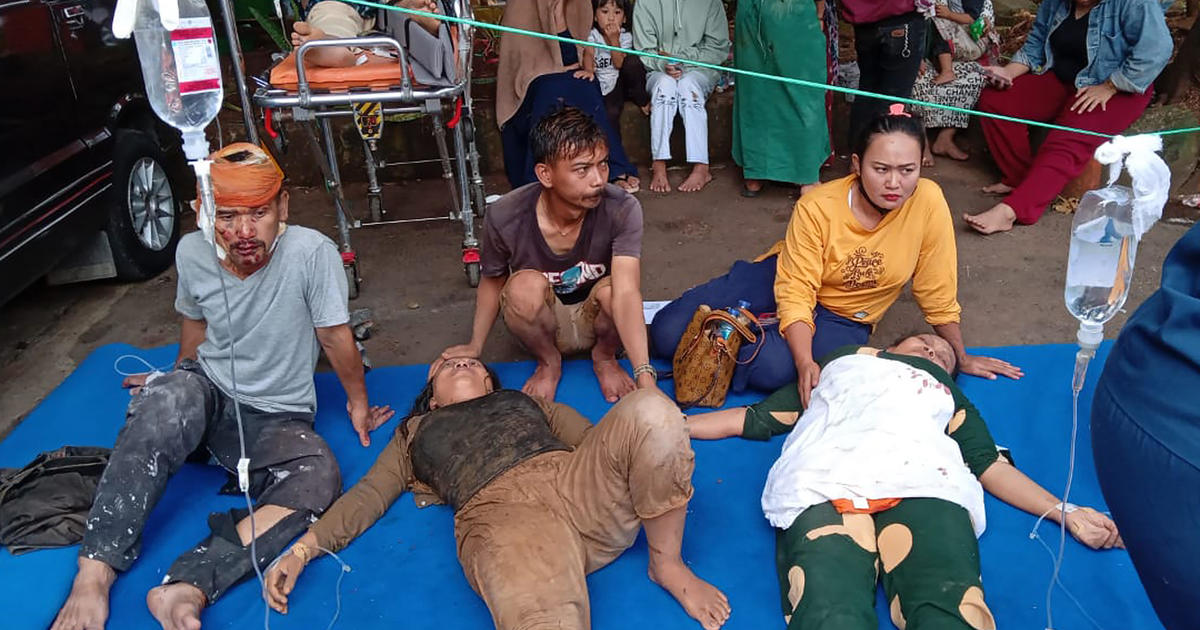 In the parking lot of a hospital in Cianjur, West Java, Indonesia, on November 21, 2022, earthquake victims are receiving medical care. Firman Taqur/AP

Jakarta, Indonesia — At least 46 people were killed and scores of structures were damaged as an earthquake struck Indonesia’s main island of Java on Monday, sending citizens onto the streets of the capital for protection. The United States Geological Survey reported that the magnitude 5.6 earthquake was centered in the Cianjur district of West Java province at a depth of around 9 kilometers.

“At the regional hospital in Cianjur, there are 46 deceased and around 700 wounded patients. Many were injured as a result of building collapses “Director of the National Disaster Mitigation Agency Suharyanto stated.

Multiple landslides were recorded in the region of Cianjur. The organization reported that dozens of structures were destroyed, including an Islamic boarding school, a hospital, and other public facilities.

According to a statement, information was still being gathered on the degree of injuries and damage.

The earthquake was significantly felt in the greater Jakarta region. The capital city’s tall buildings shook, and several were evacuated.
“The earthquake felt so intense. My coworkers and I chose to use the emergency stairs to exit our ninth-floor workplace “said Vidi Primadhania, an employee in South Jakarta.

Infrequently are tremors felt in Jakarta, despite the frequency of quakes around the vast archipelago nation.

People wait outside an office building after being evacuated due to an earthquake on November 21, 2022, in Jakarta, Indonesia’s central business area. Tatan Syuflana/AP

Because of its location on the “Ring of Fire,” a ring of volcanoes and fault lines in the Pacific Basin, the country of more than 270 million people is regularly rocked by earthquakes, volcanic eruptions, and tsunamis.

In 2004, a huge earthquake and tsunami in the Indian Ocean killed over 230,000 people in a dozen nations, the majority of them in Indonesia.

»In Indonesia, a quake kills 46 people as buildings in Jakarta sway«