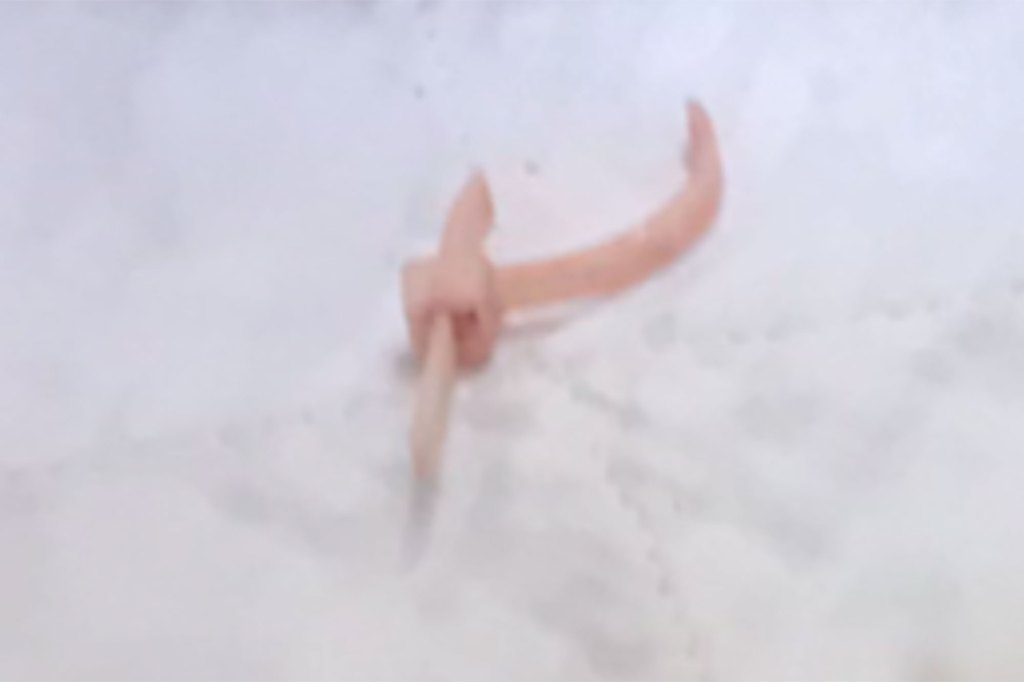 In Georgia, a pit bull mix was discovered on the side of the road with a zip tie wrapped around its genitalia and in severe discomfort.

The dog, whose name has subsequently been changed to Nelson, had emergency surgery hours after being found due to his severe injuries. A concerned citizen discovered the 3-year-old dog on Academy Church Road on November 2, just 10 minutes from the Jackson County Animal Control Center.

“My mind cannot comprehend it… Allison Mayfield, CEO of the Humane Society of Northeast Georgia, told FOX 5: “I cannot even fathom how somebody could consider doing that to an animal.”

The zip tie was so firmly wrapped around Nelson’s genitalia, according to Mayfield, that county officials recommended euthanasia for the dog. However, a call was placed to the humane society, who volunteered to take him in.

“I honestly spent hours crying on the floor of my office with him. Mayfield stated, “I could never fathom why someone would do that to such a wonderful child. “We want people to understand that animal cruelty is a very serious issue, and we will fight with everything we have.”

She stated that Nelson was transported to the College of Veterinary Medicine at the University of Georgia for surgery.

She continued, “If you can image a whole abdominal surgery, that is essentially what they did, in addition to rerouting his urethra.”

Nelson suffered from penile necrosis as a result of strangulation, necessitating the removal of the whole organ in order to preserve his life. In order to restore normal urine function, the vets rerouted his urethra to his posterior belly.

Nelson is currently recuperating in the care of a foster parent through the humane society shelter, two weeks after undergoing surgery. Mayfield explained that the humane organization hopes to find him a permanent home shortly.

Before regaining complete, pain-free function, Nelson will continue to recuperate for weeks or possibly months.

The humane organization also hopes that the individual responsible for Nelson’s injuries can be identified. According to animal control officers, there are presently no leads.

Mayfield stated that via the “Season of Saves” campaign, the humane organization hopes to draw attention to the need for contributions to save animals like Nelson.

“Animal cruelty does occur, and it exists in a very horrific and genuine manner that is beyond the imagination of some of us,” she remarked. My aim for a compassionate society is that we will never have to refuse an animal like Nelson.

»In Georgia, an abused pit bull with zip-tied genitalia was found«