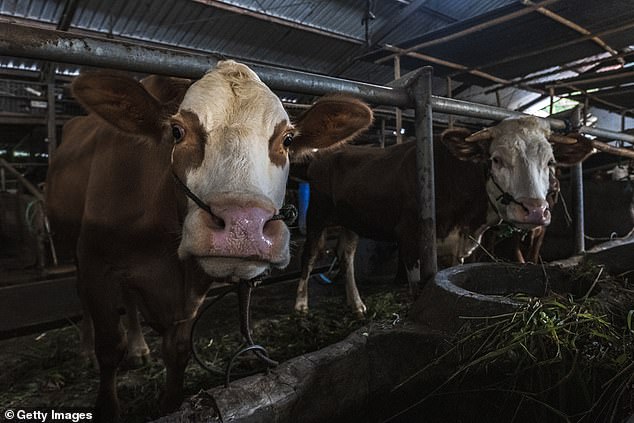 As concerns about the spread of foot and mouth disease increase, a foreign visitor was fined and denied entrance to Australia after attempting to import meat.

The unidentified foreign national attempted to smuggle six kilos of beef through Perth Airport in Western Australia on October 18. He was caught and fined $2,664.

3.1 kg of duck, 1.4 kg of beef rendang, over 500 grams of frozen beef, and about 900 grams of chicken were hidden in the traveler’s baggage and were not declared.

On his entering passenger card, he had stated that he would not be carrying any meat, poultry, or other food into the nation.

Following an epidemic in Indonesia, Australia increased foot and mouth disease protection early this year at its international airports.

The traveler was sent to Australian Border Force Officers, and his visa was terminated, according to Ministers of Agriculture Murray Watt and Home Affairs Clare O’Neil.

It was a “serious infringement” of Australian biosecurity rules, according to Ms. O’Neil.

“This is why legislation is in place to revoke the visa of any traveler who commits a severe violation of biosecurity or consistently violates biosecurity regulations,” she added.

Although it does not harm humans, foot and mouth disease is very contagious and causes sores and lameness in cattle, sheep, goats, and other animals with cloven hooves.

The sorts of meat discovered in the man’s baggage presented a danger of containing African swine fever and foot and mouth disease.

The Australian population and our agricultural industry have once again been shielded from dangerous biosecurity hazards that have the potential to do significant harm by the efforts of biosecurity officers and ABF at the border, according to Ms. O’Neil.

A significant foot and mouth disease epidemic in Australia, according to official estimates, could result in ten-year income losses of up to $A51.8 billion.

Because of this, Ms O’Neil said, “legislation is in place to invalidate the visa of any traveler who commits a serious violation of biosecurity or repeatedly violates biosecurity regulations.”

Travelers whose visas are revoked are deported from Australia on the first airplane that becomes available.

Authorities in Indonesia have been striving to contain an epidemic that has killed thousands of animals and infected hundreds of thousands more cattle.