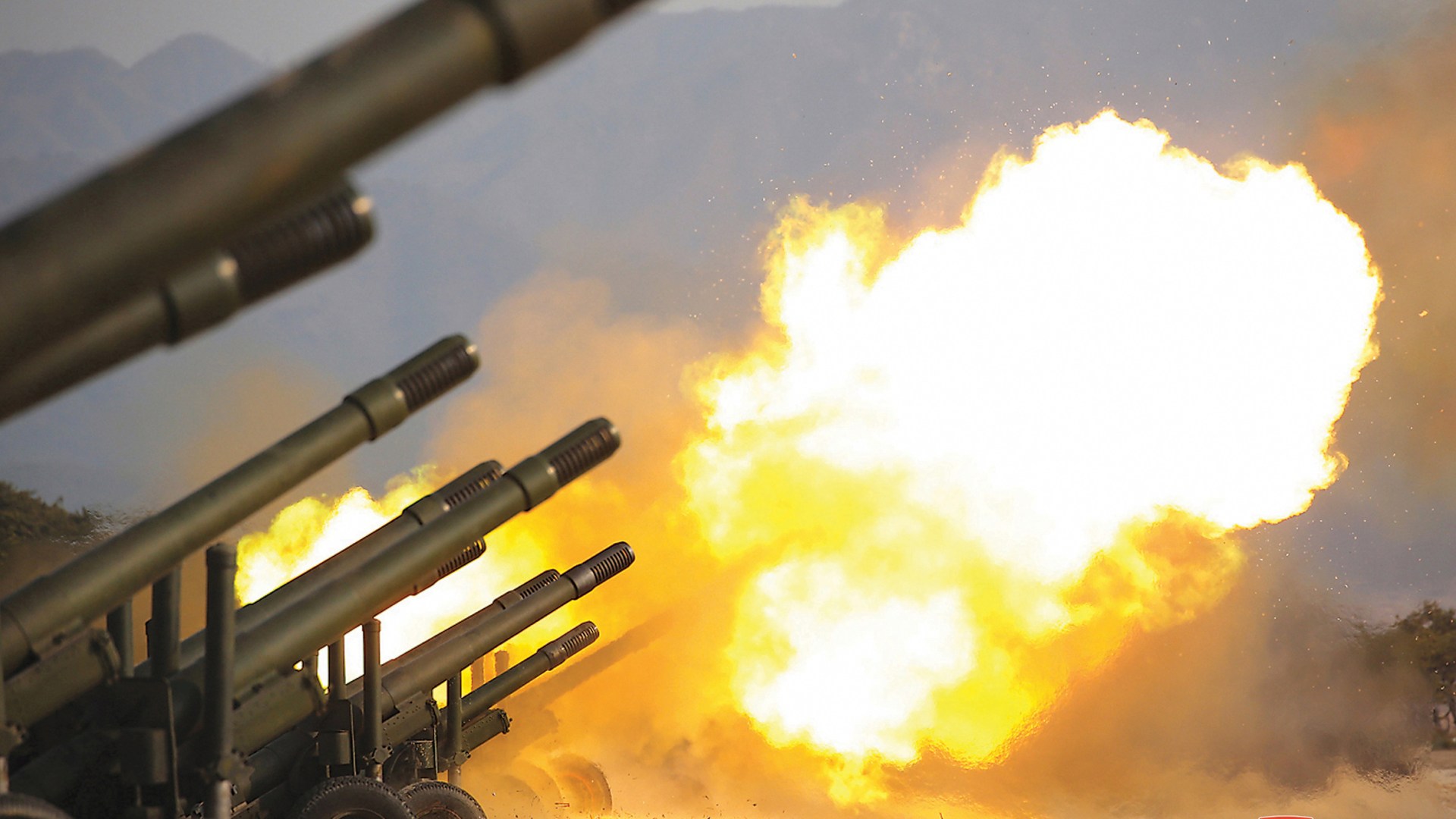 SEOUL – North Korea fired around 130 artillery shots into the sea off its east and west coastlines on Monday, according to South Korean officials, in what seems to be its most recent military exercise near their shared border.

Some of the shells fell in a buffer zone near the maritime border, in violation of a 2018 inter-Korean agreement intended to calm tensions, according to Seoul.

The South Korean military issued many warnings to the North on the shooting, according to a statement from the ministry of defense.

North Korea did not immediately announce the artillery fire, but it has been conducting a growing number of military actions, including missile launches and drills by airplanes and artillery units in response to South Korean joint exercises.

On Monday, South Korea and the United States conducted a combined land-based fire exercise along the border in Cheorwon County in the heart of the Korean Peninsula. On Tuesday, their drill will resume.

This year, the partners have increased their combined military drills, citing the need to deter the nuclear-armed North.

The Comprehensive Military Agreement (CMA) of 2018 was the most substantial agreement to emerge from the months of discussions between Kim Jong Un and Moon Jae-in.

Recent drills and displays of force along the fortified border between the Koreas have placed doubt on the future of the measures, which have been postponed for some time.

This year, South Korea has accused North Korea of routinely breaking the deal with artillery drills, including a day in mid-October when over 500 rounds were launched into the sea.

North Korea started testing its long-range intercontinental ballistic missiles (ICBMs) this year for the first time since 2017, and according to South Korea and the United States, it has also made preparations to begin nuclear testing.

»In a military drill, North Korea fires over 100 artillery rounds«