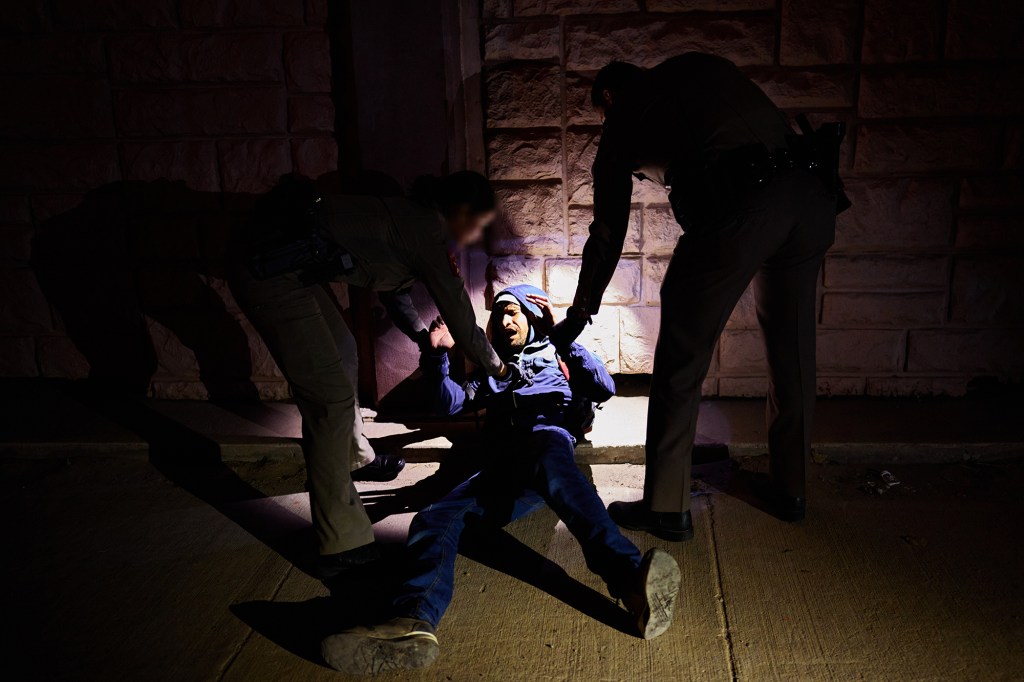 Around 11 p.m. on New Year’s Day, a group of illegal immigrants were apprehended by US Customs and Border Protection authorities after crossing into El Paso illegally.

The migrants jump over the border wall, cross the roadway, and then vanish into the neighborhoods, an eyewitness told The Washington Post.

“The border officials parked all of their vehicles a short distance away, then hid behind a trash can. They all attempted to disperse when they emerged from behind it to pounce on the illegals.

Eight persons in total were taken into custody: four on the street and four who attempted to hide in a shadowy nook near the top of the internal ramp of the overpass.

Several migrants can be seen lying on their stomachs in photos taken during the arrests as they are searched and hauled in by US Customs and Border Protection personnel. Officers from the Texas Department of Public Safety and the Texas National Guard were brought in to help in the troubled city ever since it declared an emergency due to the migrant problem in the middle of December.

Photos also show other migrants, many of them are from Central and South America, sitting on fences close to the border as officers stand over them carrying flashlights. These migrants are escaping failing governments and economic collapse in those regions. After crossing the border, several of the migrants carried little luggage or backpacks with them.

As migrants try to cross the border, locals in the nearby El Paso neighborhood have started guarding the area. While keeping an eye out for illegals trying to scale the barrier and cross the Cesar E. Chavez Border Highway on Sunday, one neighbor even equipped themselves with a bean bag gun.

According to the eyewitness, despite enhanced patrols and presence at the border, the smugglers knew when to cross and waited until early Monday morning when there were fewer personnel available to apprehend them.

After midnight, the presence was reduced, and by two in the morning, Texas DPS had no visible patrols along the route. People just started running across after that. They first arrived in tiny groups, then there were larger groups, then they all vanished into the neighborhood.

I believe I counted 60 individuals crossing. The situation is hopeless. They rush through once the guards are gone, the person claimed.

Last week, The Post followed the journey of three Venezuelan migrants from Juarez, Mexico, to El Paso. They entered the country illegally, joined a camp of both legitimate and illegitimate asylum seekers, and began soliciting donations for a bus to Denver, where they said jobs were waiting for them.

“We entered the country illegally by means of a border wall gate. We are aware of the dangers, both positive and negative, but we must make the sacrifice, one of the migrants stated.