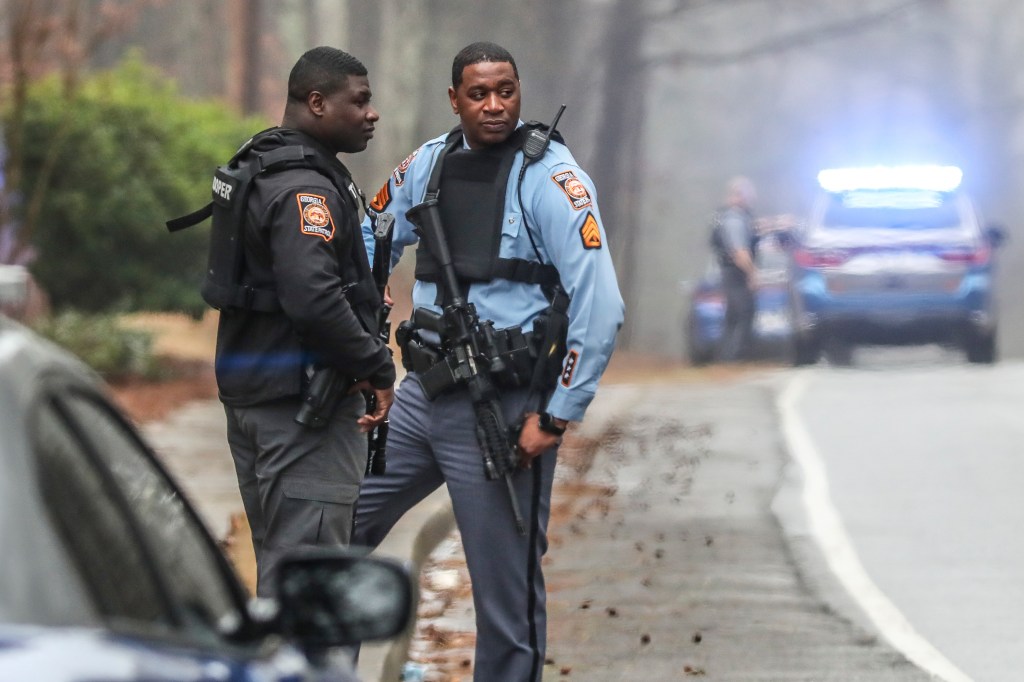 Thursday, investigators announced the name of the person who was shot and killed by law enforcement officials who were attempting to disperse protesters camping near the site of a planned public safety training center in the Atlanta region that opponents have called “Cop City.”

Wednesday morning, Manuel Esteban Paez Teran, 26, was shot and murdered, according to the Georgia Bureau of Investigation. According to the GBI, Teran was inside a tent in the woods and disobeyed verbal directions from law enforcement authorities attempting to remove the area.

According to the GBI, after Teran fired and injured a state trooper, additional law enforcement officers returned fire and killed Teran.

Activists have questioned the police account of the incident and demanded the release of body camera footage.

For over a year, opponents of the training center have protested by erecting platforms in adjacent trees and camping at the site. According to them, the Atlanta Police Foundation’s proposed $90 million project would result in the destruction of so many trees that it would be detrimental to the ecosystem. They also reject investing so much money in “Cop City,” which they claim will be used for “urban warfare” training.

Col. Chris Wright, the commissioner of the Georgia Department of Public Safety, informed reporters on Wednesday that the injured trooper had surgery and was in intensive condition. During a Thursday budget session, he informed state lawmakers that the trooper remained in intensive care and was expected to undergo another surgery the following morning.

The agency stated in a press release that it will not publicize the identify of the trooper involved in the shooting “because doing so would jeopardize security against retaliatory criminal or terrorist acts.”

The GBI reported that approximately 25 tents were discovered and destroyed on Wednesday, along with mortar-style fireworks, edged weapons, pellet guns, gas masks, and a blow torch.

The GBI stated that seven individuals were arrested and charged with domestic terrorism and criminal trespass, with additional charges pending. They range in age from 20 to 34, and none of them dwell in Georgia.

Mike Register, director of the GBI, stated on Wednesday that individuals are “illegally occupying” the region and performing crimes that imperil the community, such as burning and the use of explosives. The “clearing operation” was undertaken in the same location where several individuals were arrested and charged with domestic terrorism last month. Authorities reported at the time that firefighters and police officers were attacked with rocks and weapons when they lifted barricades from the site’s entrances.

The 85-acre (35-hectare) site is owned by the city of Atlanta, but is located just outside the city lines in unincorporated DeKalb County. The land contains a former state prison farm.