Newly-minted Grammy winner DJ Black Coffee has stressed the importance of empowering young people with big dreams, especially those from disadvantaged backgrounds, so they can live their best lives.

Speaking on Wednesday night at his Grammy celebration party attended by his childhood friends, close relatives and industry peers in Sandton, Johannesburg, Black Coffee said he will now make it his mission to ensure that youngsters feel the magic of his win and get inspired by it.

After all, he said once upon a time he was one of them, from a disadvantaged background growing up in Mthatha in the Eastern Cape.

“My childhood friends are here, we used to walk to parties to hear DJs play and walk back to our homes just for the experience. I’m overwhelmed, but at the same time grateful,” Black Coffee said

“At this point I understand the assignment and responsibility that has been bestowed over me by God to inspire and show kids like me that it is all possible.

“I wish there could be a way that I could extend myself and sprinkle this magic to each and every child so they can dream, be as assertive and not be afraid to work and be great.” 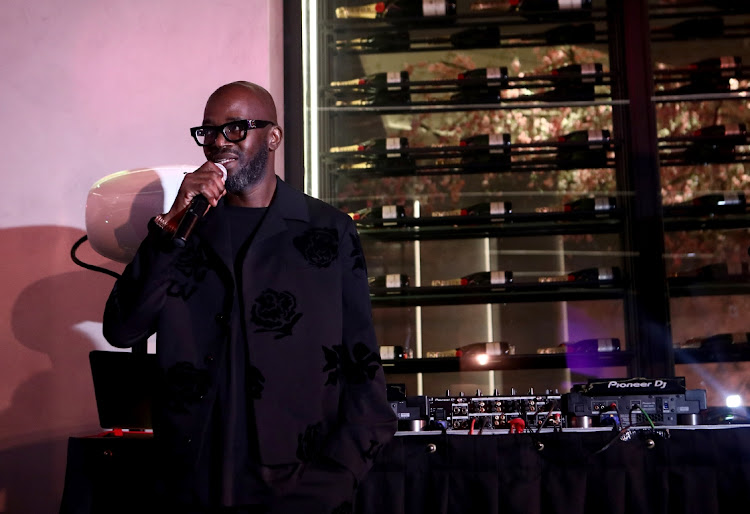 = Black Coffee thanks people in attendance during his celebratory dinner in Sandton
Image: MASI LOSI

The We Dance Again hitmaker scooped a Grammy in Las Vegas last weekend for Best Dance/Electronic Music Album with his 2021 album Subconsciously. He beat Illenium (US), Major Lazer (Jamaica/US), Marshmello (US), Sylvan Esso (US) and Ten City (US).

“I struggled with being great for the longest time because as black people in this country we don’t have the greatest background. We were made to be the same…every time one of us will swim up stream, the rest will pull them down,” Black Coffee said.

“That’s the mentality we have. Sometimes it’s internal too, where you start looking back and think you don’t deserve to be this far. You don’t even deserve to share stories with friends and peers of how far you to go because they might not like it.

“There is a lot of work that needs to be done in this country in terms of transforming the generation that is coming behind that they can achieve everything they want.”

He added that it was his responsibility to uplift those dreamers. Top of his list is that he plans to launch a dreamers’s club, where young dreams can unapologetically exchange ideas and progress to greater heights.

“It doesn’t have to have financial needs, but it’s just a space where young people who are like-minded get to meet and talk about their dreams, and encourage one another,” Black Coffee said.

“This is now my assignment and I feel sorry for people who I work with, because this is now theirs. It needs to happen and we need to create a platform, whether it’s in the form of an App or social media group.

“There is a lot that is happening in our country. There are a lot of young kids that are carrying big families. They can’t even think of themselves because they have to first go fix their mothers’ house and fix problems that were created by their fathers first.

“It’s a norm, it’s called ‘black tax’, we gave it a fancy name. Those kids need to go back and find a way to live their own dreams.”

His welcoming party was hosted by Arena Holdings, owners of Gallo Records co-owned by Black Coffee himself. The event was MC’d by Scandal! actor Nomvelo Makhanya and attended by politicians Julius Malema, Fikile Mbalula and Mbuyiseni Ndlozi.