Skip to content
Home » News » Breaking News » I was diagnosed with lung cancer and “cured” the same day: “I couldn’t believe it 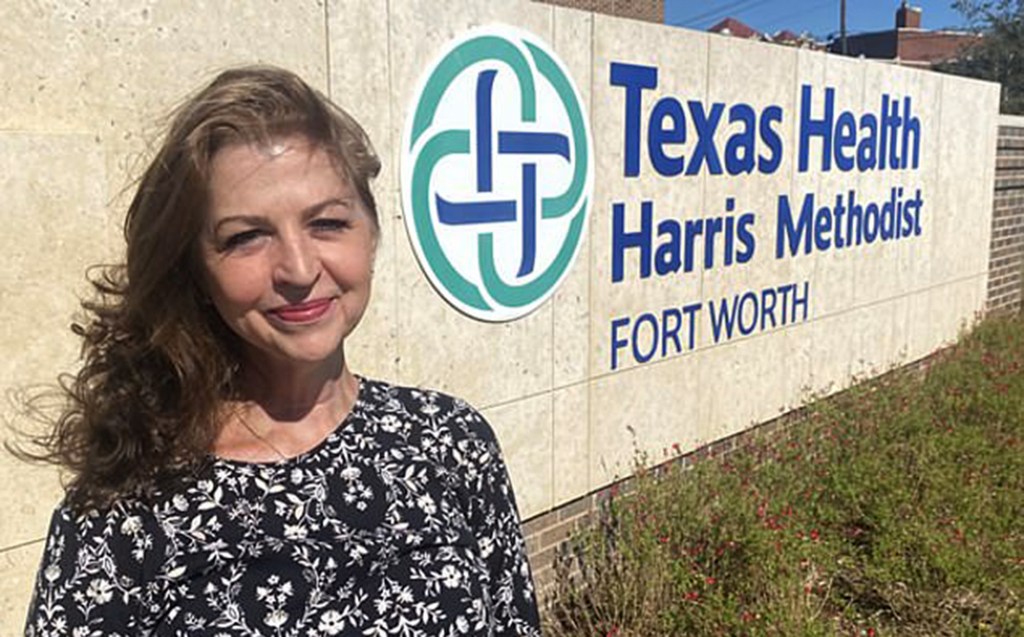 A lung cancer diagnosis and cure occurred on the same day in Texas.

April Boudreau, 61, awakened from local anaesthetic to find that a lung tumor had been detected and removed in a single session.

She told Daily Mail, “You pinch yourself because you can’t believe it’s genuine.” “Everything was incredibly uncomplicated, with no radiation or chemotherapy.”

Boudreau had previously been treated for cancer three times in her lifetime, surviving Hodgkin’s lymphoma twice in 1984 and 1985 and breast cancer in 2002.

In January, as the grandma was receiving her annual CT scan, physicians discovered an ominous lesion on her right lung.

In the spring, she was summoned to Texas Health Harris Methodist Hospital for a follow-up examination. During the lung biopsy, specialists determined the lesion was in fact early-stage lung cancer.

Texas Health Harris Methodist Hospital Fort Worth is one of the first institutions in the state to employ the innovative robotic-assisted technology, which can detect lung cancer tumors sooner than conventional diagnostic tests.

The 61-year-old woman awoke to the stunning realization that her cancer had been identified and ruled out while she was unconscious.

She reported that the only symptom she had encountered was a slight shortness of breath, which she originally attributed to age.

Five tiny incisions were made on her side during the procedure to remove the tumor, allowing her to return home the following day.

“Taking painkillers for three days was all I needed. Within three days, I had returned to regular walking. She said, “I could not believe it.”

She is now needed to have CT scans every six months, but she is pleased to report that she is now cancer-free.

According to studies conducted by the Lung Cancer Research Foundation, about 236,740 people will be diagnosed with lung cancer in the United States this year, or one in every sixteen people.

Lung cancer is the biggest cause of cancer deaths globally, however the number of lung cancer fatalities reached a record low last year due to a decline in smoking rates.

»I was diagnosed with lung cancer and “cured” the same day: “I couldn’t believe it«