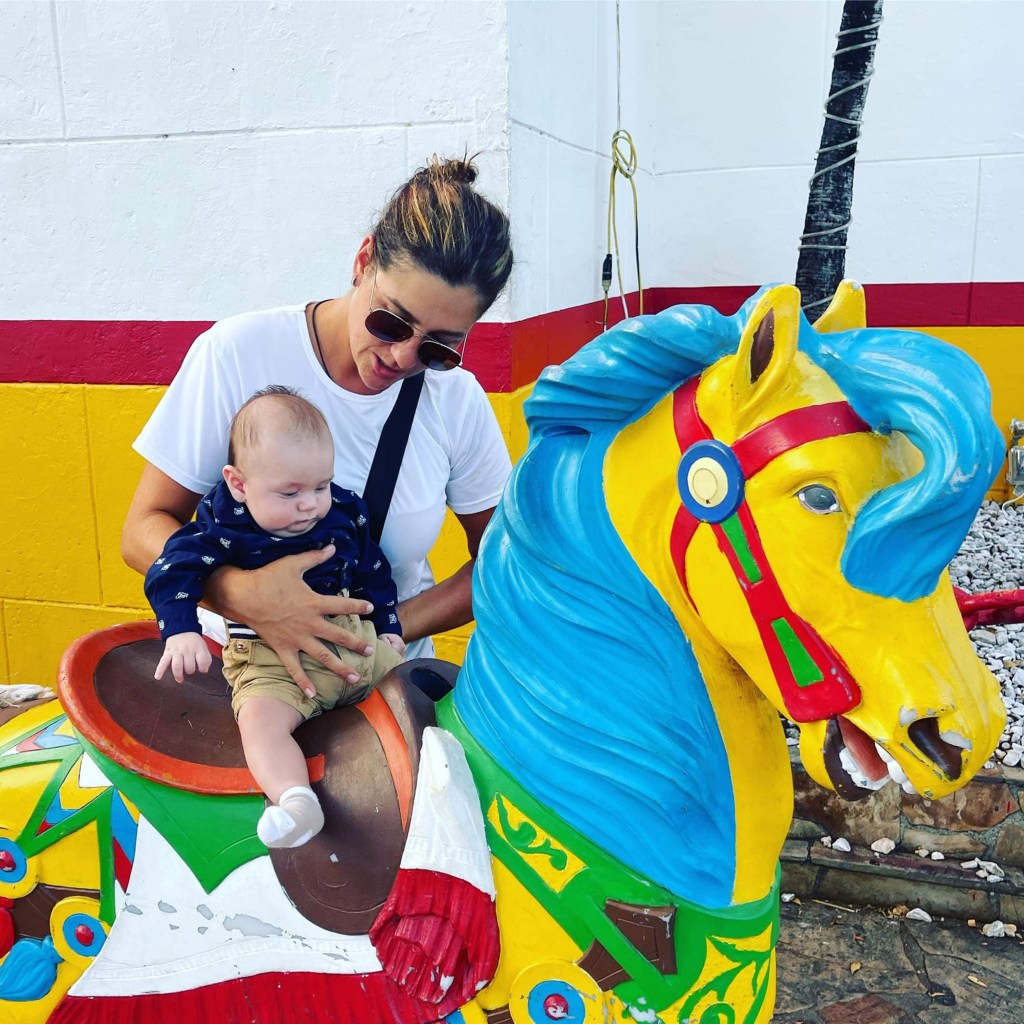 A single mother claimed she was so desperate for a child that she sought out “renowned” sperm donor Kyle Gordy following unsuccessful sperm bank attempts.

Alina Iakushyna relocated from Ukraine to the United States in 2015 after winning a Green Card Lottery “lifetime” visa. At the time, the 30-year-old woman had a partner who relocated and attempted to start a family with her, but they were unable to conceive.

Iakushyna desired a child despite their divorce, but the “cup and syringe” approach at sperm banks was unsuccessful.

Therefore, she resorted to the next best option: sleeping with a sperm donor.

When she discovered Gordy on Instagram, who had fathered 53 children throughout the globe while being only 31 years old, she knew he was ideal for her. She chose to write him after noticing his children were “gorgeous.”

She told NeedToKnow.Online, “At first, I was apprehensive because I wanted to get to know him better, but after a lengthy conversation, I realized I truly liked him.” However, one of my primary concerns, which sealed the deal, was whether my child could learn about him.

Gordy’s assurance that he could be in the child’s life assuaged her fears as a potential new mother, and she ultimately decided to meet the sperm donor extraordinaire in Miami.

“I was desperate for a positive result, so instead of utilizing a cup and syringe, we opted for the traditional method,” she explained, adding that she learned about Gordy’s services via a friend. After meeting Kyle and conversing with him for a while, I was made to feel extremely comfortable, and it was such a pleasant experience.

Iakushyna, who was spending over $3,000 per round to conceive through a sperm bank, was able to conceive quickly and easily due to the peculiar arrangement.

“Unfortunately, I was not pregnant, which utterly stunned me because I had hoped so fervently for a long-awaited child,” the new mother said of her repeated failed attempts with traditional sperm donation. “I dropped my hands, cried a lot, and was financially devastated to the point where I sank into depression from which there was no escape.”

But with Gordy, the “weeks” she spent investigating potential donors and putting her hopes up only to be disappointed had long since passed.

“The next day, we repeated the procedure, and afterwards, we conversed for a few hours while supporting my hips up on cushions, which is designed to facilitate the process,” she explained. “He’s such a funny person and while I was doubtful I was going to be pregnant [at the end], I felt very confident with him, as he knew exactly what he was doing.”

In February of this year, Iakushyna gave birth to a healthy baby, David Matthew, as a result of their hot encounter.

“It’s been a pleasure from beginning to end, and it’s been an absolute pleasure to get to know him,” she remarked.

Gordy had previously told Jam Press that women “aren’t interested” in dating him, so he turned to sperm donation as a means of contributing to the world’s population. Although entering the donation company may have been the final nail in his dating coffin, he receives countless internet requests for his services.

Gordy once told Jam Press, “The delight I receive from doing this is the greatest feeling in the world,” while noting that he does not contact with the youngsters unless requested. “I routinely receive pictures of the children, so knowing they are doing well is great.”

“I can’t communicate the feeling I felt, as I experienced new sensations in my stomach – but I kept this a secret from everyone other from Kyle,” she disclosed, noting how “surprised” yet delighted he was. “It was a huge shock for me, and despite my anxieties, I attempted to pull myself together, as I had twice faced the possibility of a miscarriage.”

After announcing her pregnancy to her family, who unexpectedly did not “raise questions,” she booked a trip to Ukraine in March, unaware of the horrors to come.

Luckily for the mother-to-be, physicians prohibited her from boarding her flight, advising her at her last check-up that she was too far long and, in fact, about to give birth.

She stated, “I remember hugging him and crying, but I had no idea how many tears of tragedy would follow.”

While she was overflowing with joy as her dream of becoming a mother came true, her family in Ukraine was about to endure a crippling war.

“After delivering birth, I awoke to an empty phone with no congratulations, so I questioned my grandma, who told me they were losing connection,” she recalled. “I experienced conflicting emotions, ranging from indescribable elation to excruciating agony, because I lacked an appreciation for how much danger they were in.”

As she counted his fingers and toes in the hospital, she attempted to comprehend the tragedy occurring in her native nation. While her “miracle” baby sleeps through the night, she calls her family in the small hours of the night.

“It’s a dreadful sensation when you know that it’s your family in danger and not knowing if they’ve survived,” she added, happy that she isn’t completely alone.

“David helped me cope with all of this, I continually held and kissed him, saying everything will be fine,” she added. “I aspire to travel to Ukraine with David and be with my family one day, but for now I am grateful to Kyle for making my wishes come true.”