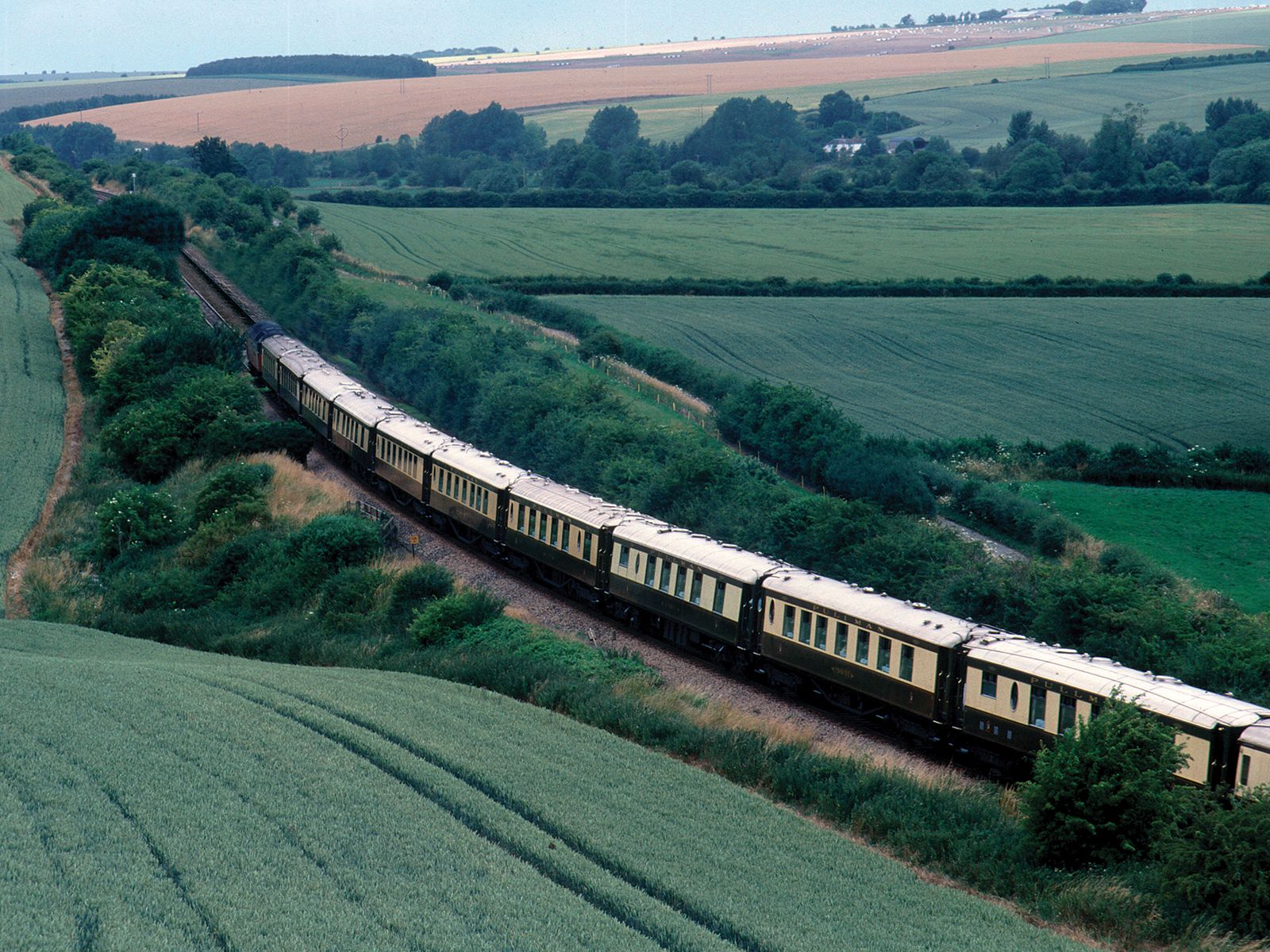 I boarded the Rocky Mountaineer train with a rucksack, an iced coffee, and high expectations as the red carpet was unrolled.

In Denver, Colorado, a passenger walks onto the Rocky Mountaineer train.

I boarded the Rocky Mountaineer train in Denver, Colorado, and traveled to Moab, Utah, in May of last year. It would be my first significant train journey in the United States and one of the most expensive vacations I’ve ever planned. My solo ticket for the two-day trip is normally $1,465, but I purchased it on sale for $1,052.

The Rocky Mountaineer is considered one of the world’s most elegant trains. The railway company maintains three routes in Western Canada, and it established its first route in the United States between Moab and Denver last year.

As I planned the two-day excursion, I was intrigued by the glass-domed windows, gourmet meals, and unlimited alcohol. I loved the company’s dedication to enjoying the landscapes the train passed: there was a train host in each car who explained the history of the region. In addition, the Rocky Mountaineer touts itself as a “daylight-only train,” therefore a hotel stay in Glenwood Springs, Colorado would be included in the train ticket.

In general, the promises of luxury were fulfilled, but as I departed the train I was unable to justify the expense. The Rocky Mountaineer will certainly be a once-in-a-lifetime experience for me.

After sunrise, the glass dome windows of the Rocky Mountaineer.

My ride on the Rocky Mountaineer was a wonderful experience. I met new people, listened to interesting tales, and seen magnificent vistas.

My two-day excursion was filled with numerous highlights, but as the train pulled into Moab, I was dubious if I would book another route. Although the scenery was breathtaking and the customer service was exceptional, I cannot justify the price.

Numerous aspects of the two-day journey were extravagant.

The interior of a Rocky Mountaineer standard-class train vehicle.

Throughout the entire two days, I observed subtle touches that made the journey effortless.

Passengers were greeted with mimosas upon boarding the train, my luggage was brought and waiting for me in my hotel room at the end of the day, and the panoramic windows were spotless.

The entire train crew delivered customized narratives and some of the best customer service I’ve ever encountered while traveling.

I wish I had more time to absorb and experience the scenery, rather than going through it so quickly.

A photograph shows the stairs right across the state line between Utah and Colorado.

As we reached the Colorado-Utah state border, our train host, who functioned as our tour guide for the duration of the journey, urged us to get our cameras and prepare for a photo opportunity.

Our train host informed us that we will soon pass a set of stairs cut by the ancient Utes into the rust-colored La Sal Mountains.

Everyone eagerly examined their photographs to see if they had turned out blurry when I caught a glimpse of the steps. I couldn’t help but feel a touch sad as the train sped by: I would have wanted to appreciate the steps for more than a few seconds.

As my train passed historic tunnels, captivating scenery, and mighty rivers, I had the impression that this sentiment was the underlying theme. I felt as though I was observing nature rather than experiencing it. As I sipped prosecco from a pleather seat, I realized I would rather be trekking, sweaty, and snacking on trail mix.

I discovered too late that I may not have been the ideal passenger for the Rocky Mountaineer. I’ve reached a stage in my life when I find satisfaction in exploring the environment. I’d rather be in nature than observe it via a glass dome.

I recognized that my funds may stretch further on other trains and journeys.

The twilight view from above Glenwood Springs, Colorado, after the train has dropped off its passengers.

Not only am I at a position in my life where wilderness exploration makes me happy, but I am also at a point where $1,000 is a significant amount of money. It would not be conceivable for me to spend more than $1,000 on a two-day train journey that does not include accommodations in the city from which you depart if I were not reporting on the journey for work.

During those five days outside the train, I felt each dollar went further without sacrificing the quality of my food or lodging. I traveled 700 miles around the state and stopped at over a dozen rest spots. I slept in hospitable chateaux in Little Switzerland, Utah, and dined at renowned Moab breakfast restaurants.

If I decide to schedule another train trip to the Western United States, I would choose Amtrak. According to Amtrak’s website, a similar trip from Denver to Green River, Utah, approximately an hour north of Moab, will cost $50 for a coach seat and $418 for a private roomette cabin in May.

I think that an Amtrak journey would seem less like a holiday and more like a commute, but I’m not convinced that the Rocky Mountaineer’s facilities, which were significantly more luxurious than Amtrak’s, were worth the large price difference.

I also felt that several aspects of the trip fell short.

A view from the Rocky Mountaineer’s observation deck.

Although the Rocky Mountaineer was a luxurious excursion, a couple areas fell short of my expectations.

The train company advertises a viewing platform in the open air. I imagined myself enjoying the trip with the wind in my hair, striking up conversations with other passengers, and basking in the sun in an open-air area.

But I was disappointed when I boarded the train and searched for the platform. The outdoor space was a small area between train cars with only enough capacity for two individuals, and the views were more restricted than those from the glass-domed windows of the train cars.

In an email, a Rocky Mountaineer representative explained, “Capacity on the train is quite restricted, and our cars have been precisely built to maximize space.” Our clients like the outdoor viewing area since it allows them to catch some fresh air, take photos, and see the surroundings from a unique vantage point.

My vegetarian dishes also did not live up to my expectations. I had the option of Asian vegetarian meals, diabetic meals, gluten-free meals, low-fat meals, non-lactose meals, vegan meals, and vegetarian lacto-ovo meals when I booked the vacation. I believed I would enjoy a satisfying vegetarian supper with so many options.

Unfortunately, I found the actuality to be somewhat disappointing. The first day’s lunch menu did not include a vegetarian option, therefore I was served a larger portion of the salad served as an appetizer. The following day, I appreciated that my train chef prepared a dish for me, but I had hoped for a bit more.

“Our crew makes every effort to accommodate dietary restrictions wherever possible. There is limited space in the galley of the train, so if we know in advance, we can work with our culinary staff to bring extra meal alternatives onboard “The representative stated. “On the path you went, the menu normally offers two options. The vegetarian meals are sourced and cooked in addition to the usual menu and may change based on the team’s ability to supply the freshest ingredients.”

Even if I’m unlikely to ride the Rocky Mountaineer again in the near future, that doesn’t mean it wasn’t a spectacular journey.

In Utah, the author rides the Rocky Mountaineer.

After I published articles about my trip, dozens of people reached out with their most memorable comments. They wrote about the trains’ stunning vistas, accommodating employees, and life-altering events.

Their experiences are reflected in the TripAdvisor reviews and the Facebook comments area of the Rocky Mountaineer.

The opinion was that it is an extremely memorable mode of travel.

I may reconsider boarding the Rocky Mountaineer if I ever reach a point in my life when spending $1,500 on a two-day vacation is easy or if hiking loses its attraction. But for now, I am grateful for my experience and eager to see the United States in various ways.

»I boarded a $1,500 2-day luxury train across the Southwest. I’d never repeat the bucket list trip«