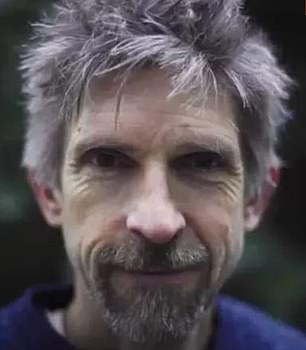 Two members of the HS2 rebellion have admitted to climbing the controversial rail line’s headquarters and spray-painting it with modified fire extinguishers.

Dr. Larch Maxey, 49, and Xavier Gonzalez-Trimmer, 22, climbed onto the canopy of the building’s lobby in Euston with industrial spray paint machines on May 6, 2017.

As evidence of their support for the Burning Pink Party, which seeks to replace the government with a citizens assembly to combat climate change, the pair can be seen spraying the building’s exterior with neon pink paint.

When they appeared before the Inner London Crown Court for trial, both parties admitted to criminal damage.

Dr. Maxey of Hardel Walk and Gonzalez-Trimmer of Portnall Road in Kilburn will be sentenced on December 15th.

The prosecutor, Efstathios Divaris, stated, “This case involves a high degree of planning.”

This damage is not minor.

“Sadiq is also promoting murderous, high-carbon schemes, such as the Silvertown Tunnel.” If Sadiq is truly a man of the people, then why won’t he let us, the people, make decisions for London that affect us, such as how we travel, how we are policed, and where we live?

Dr. Maxey, who has studied ecology for 25 years, was arrested in May of 2012 during the London mayoral election after a 100-foot tunnel was dug near Euston Station.

The Bristol-based activist previously stated that he spent approximately 14 hours per week developing and implementing Extinction Rebellion’s strategies and ideas.

“This is my life’s purpose, and I could not be happier or more content. He told The Guardian, “I am delighted to devote every waking moment to bringing about this change.”

Meanwhile, Gonzalez-Trimmer was recently apprehended for constructing a 16-meter tunnel beneath St Clements Way in Grays, West Thurrock, and occupying it for thirteen days.

The activist initially refused to leave the tunnel until the government issued a meaningful statement to end the use of fossil fuels and to halt the development of new oil and gas projects.

Between August 10 and August 23, the tunnel, which ran directly beneath roads, halted traffic and disrupted local businesses.

Gonzalez-Trimmer and two other Just Stop Oil protestors who glued themselves to the frame of Van Gogh’s “Peach Trees In Blossom” at the Courtauld Gallery in central London on 30 June 2022 are scheduled to stand trial at Westminster Magistrates’ Court the following week.

Environmentalists have labeled the HS2 rail project, which will connect London, Birmingham, Manchester, and Leeds and rebalance the British economy, as “expensive, wasteful, and destructive.”

Anti-HS2 protesters asserted that the line will destroy or irreparably harm 108 ancient woodlands and 693 wildlife sites, and that Euston Square Gardens will be covered with a temporary taxi rank and then sold to developers.

Phase One of the project has a target cost of £40,3 billion, but a report presented to the HS2 board by deputy chair Sir Jon Thompson stated that it was “extremely unlikely” that this price point would be met, according to a report published by the Financial Times earlier this year.

The government has previously stated that the “funding envelope” for the first phase of the project is £44.6 billion, which includes a £4.3 billion contingency fund.

The document, dated June of this year and seen by the newspaper, allegedly concluded that there was only a 50% chance that the additional contingency budget would be sufficient to cover all costs.

Since its approval a decade ago, the cost of the project has already tripled.

Why is the HS2 high-speed rail line project SO controversial?

The Woodland Trust, a conservation organization, describes HS2 as “a major threat to the ancient woodlands of the United Kingdom,” with 108 at risk of loss or harm.

However, HS2 reports that only 0.29 square kilometers (0.11 square miles) of historic woodland will be lost in the first phase. According to HS2, the project will shorten travel times between London and northern England and increase the capacity of Britain’s overcrowded rail network.

Critics worry if HS2’s escalating price tag is justified, particularly after a pandemic that may permanently alter people’s travel habits.

According to HS2 Ltd., the first section between London and Birmingham will open between 2029 and 2033.

Boris Johnson joined the front line in September to see the start of HS2 construction in Solihull.

The 2009-launched ‘amazing’ program, according to him, would generate not only ‘22,000 jobs now, but tens of thousands more high-skilled jobs in the decades to come’

Last year, Transport Secretary Grant Shapps told members of parliament that the first trains may not be operational until 2031.