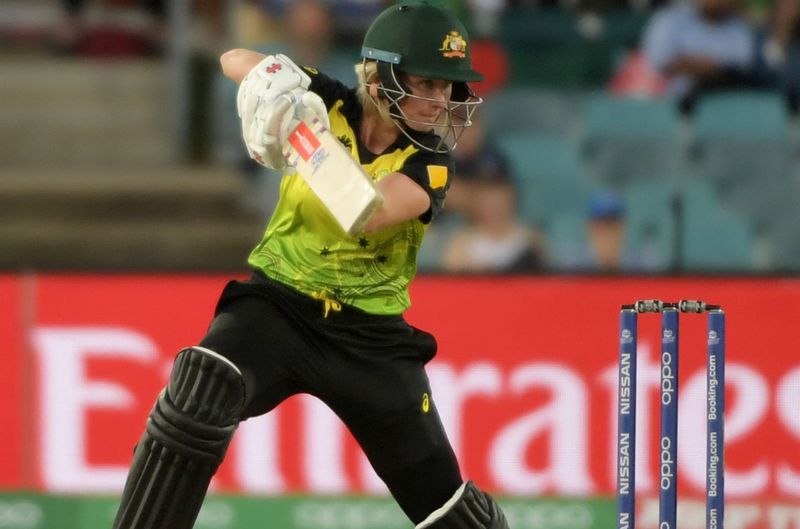 In addition to the hosts, nine countries will go to South Africa to compete in the ICC Women’s T20 World Cup 2023.

Favorites to win the 2023 ICC Women’s Twenty20 World Cup for Australia
Australia continues to be the side to beat three years after Beth Mooney and Alyssa Healy led them to victory at home.

However, nine teams will have other plans, with only one alteration to the 2020 lineup, as Ireland replaces Thailand after a nail-biting qualification round to earn a spot.

The first team to qualify was the hosts, South Africa, on 30 November 2021, followed by the top seven teams in the world according to the standings on that date.

That meant Australia, the defending champions, India, the runner-up in 2020, England, New Zealand, Sri Lanka, Pakistan, and the West Indies would all compete alongside South Africa.

Two seats remained unassigned, with 37 teams planned to compete in five regional groups for two remaining spots. In addition to the winners of the five Regional Qualifiers, Thailand and Bangladesh, the two lowest-ranked teams in the 2020 ICC Women’s T20 World Cup, participated in the Qualifier.

The final position at the Qualifier went to the highest-ranked team that did not qualify through Regional Qualifying, hence Ireland was placed in a group with Bangladesh, Scotland, and the United States.

Bangladesh won all three of their group games thanks to Nigar Sultana, who scored 157 runs at an average of 78.5.

They were joined in the semifinals by Ireland, who defeated Scotland by 19 runs in a winner-takes-all match thanks in major part to Gaby Lewis’ 37-ball 66.

Group B was more competitive, with each team losing at least one match. Kelis Ndlovu’s contributions with the bat and the ball were key in Zimbabwe’s first two triumphs against Papua New Guinea and Thailand.

Thailand joined Zimbabwe in the semi-finals owing to a 12-run victory against PNG in a straight shootout for the last four. Nattaya Boochatham was the hero as she grabbed four wickets for eight runs.

Both semi-finals, which determined the final two slots in South Africa, were close affairs, with Ireland edging Zimbabwe by four runs.

IRELAND AND BANGLADESH QUALIFY FOR THE 2023 WOMEN’S T20 WORLD CUP Bangladesh scored 120 runs while batting first in the final of the Women’s T20 World Cup.

Having reached 137 for six when batting first, Ireland was in trouble with five wickets remaining and Zimbabwe at 99 for three. However, tight bowling left Zimbabwe requiring 15 from the final over, which proved insurmountable as Ireland secured the final slot in the main event, having won the Qualifier.

Thailand pushed Bangladesh hard in the other semi-final after Bangladesh scored 113 for five in 20 overs; even captain Sultana battled, scoring 17 off 24 balls.

However, this proved insufficient as Thailand rapidly fell to 13 for three, falling far behind the required run rate. Natthakan Chantham’s 64 from 51 balls was unable to help his team recover from an 11-run deficit.

Having previously achieved qualification, Bangladesh and Ireland then faced for the second time in the event final, with the same result: Bangladesh won by seven runs.

Bangladesh has been placed in Group A of the Women’s Twenty20 World Cup.
Their prize is a spot in Group A alongside tournament champions Australia, event hosts South Africa, and New Zealand and Sri Lanka.

In Group B, Ireland is grouped with England, India, the West Indies, and Pakistan. England and India were both finalists in the previous T20 and ODI World Cups.

On February 10, South Africa will meet Sri Lanka at the Newlands Cricket Ground in Cape Town to kick off the ICC Women’s Twenty20 World Cup.