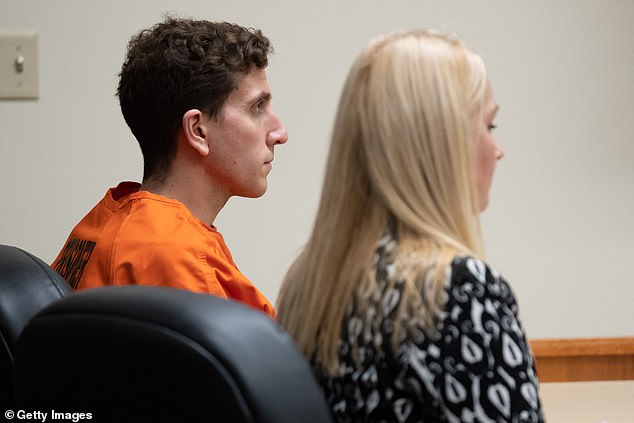 Kohberger was picked up by a cellphone tower near the property at least 11 more times before the murders on November 13. Cops have yet to share further details of those subsequent visits.

4:00-4:20am: Maddie Mogen, Kaylee Goncalves, Xana Kernodle and Ethan Chapin were all knifed to death at 1122 King Road, Moscow.

4:50am-5:26am: Phone pings show it traveling south on ID95 to Genessee, Idaho, them west towards Uniontown, Idaho, and back north into Pullman, Washington.

November 13, 9:00am: Kohberger’s phone is on the move again, and travels back to the vicinity of the King Road murder house. It is picked up by a nearby cellphone tower between 9:12am and 9:21am.

9:32am: Kohberger’s phone indicates that he’s arrived back home in Pullman again.