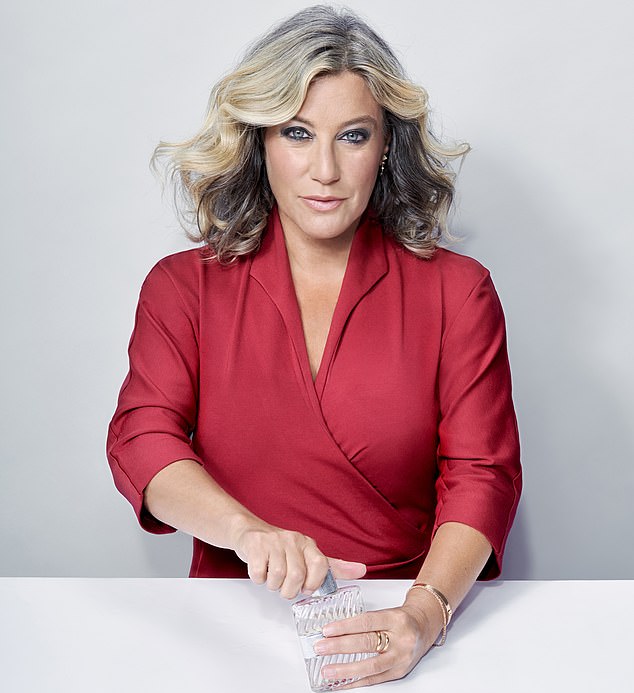 This is the graph that reveals the incredible rise in demand for hormone replacement therapy (HRT) medication in England.

Prescriptions have doubled in just five years as women and GPs become increasingly aware of the excruciating and wide-ranging symptoms of the menopause.

The data is based on NHS England figures and looks at drugs classified as ‘female sex hormones and their modulators’.

Many of these will be HRT medications but some may include other female hormone drugs such as contraceptives.

In February 2022, the most recent month with data, there were 511,772 drugs prescribed across England.

The surge in demand has been attributed to successful campaigning about the menopause, which has historically been misdiagnosed.

The figures are also broken down by Clinical Commissioning Groups (CCG), which encompass NHS hospitals and GP surgeries in a local area.

They show Kent and Medway had the highest number of prescriptions in February — 19,921 — followed by the CCG for Hampshire, Southampton and Isle of Wight (17,663).

At the other end, NHS Cannock Chase CCG gave out the fewest drugs with 869, along with North East Lincolnshire CCG (965), and South Tyneside CCG (968).

Labour MP Carolyn Harris, who co-chairs the UK menopause taskforce, said ‘bad planning’ by the Government was behind the patchy supply.

She told MailOnline: ‘The Government would have known projections of how many prescriptions were going to be written and didn’t tell the manufacturers.’

Sajid Javid announced yesterday that he intends to appoint an HRT tsar after experts warned the crisis could drive some menopausal women to suicide.

The Health Secretary said ministers would use lessons learned from the Covid vaccine rollout to make sure supplies were meeting the high demand.

Kate Bingham was made head of a taskforce whose sole responsibility was to source and buy huge quantities of jabs months in advance.

The most popular HRT medicine, called Oestrogel, has been in critically short supply since the start of the year.

Besins, the firm that supplies it to the NHS, has admitted it is struggling to meet ‘extraordinary’ demand, but has pledged to increase production.

In the meantime, GPs have been forced to prescribe alternative gels, which do not always work as well or require an adjustment period that sees symptoms return.

Its survey of more than 1,000 pharmacy staff found three-quarters faced ‘aggression from patients due to medicine supply issues’, The Telegraph reports.

Finn McCaul, a committee member of the PSNC, told the newspaper: ‘The situation is horrible. I have been a pharmacist for more than 30 years and I cannot remember a time that it has been so challenging.’

The Daily Mail spoke to pharmacists across the UK yesterday and they said the situation in the South East and London was ‘very acute’.

A pharmacist in Middlesbrough said they had been experiencing shortages across all HRT medication for at least a year.

‘We have to give the prescription back and tell the patient to try a different chemist,’ he said. ‘They do get quite upset about it but there’s nothing we can do.’

Another pharmacist, in Norwich, said patients were upset. ‘They then have to go back to their GP to get a different prescription,’ she said.

‘Often this is for patches or tablets which a lot more women react negatively to compared with gels. People understandably get really frustrated. It’s not very nice for them.’

A spokesman for Boots chemists said: ‘We are in regular contact with suppliers and understand that they are increasing their production and expect issues to be resolved in the coming weeks.’

A businesswoman yesterday described the national shortage of HRT as a disgrace.

Millie Kendall, who runs the British Beauty Council, admitted she was so desperate she bought Oestrogel from the black market online.

She also bought a dose from a work colleague’s mother for £50. ‘I was panicking,’ Miss Kendall said.

‘I’m 55 years old, my legs get very swollen, I can’t sleep, and my anxiety has come flooding back. It’s a necessity – and a shortage is a disgrace.’

Dr Clare Spencer, a GP and menopause expert based in Leeds, said it was almost impossible to get hold of HRT gel and switching to a patch was not always as effective.

‘Women are terrified of their symptoms coming back,’ said Katie Taylor of the Latte Lounge support group.

‘Some women talk of feeling suicidal, they have extreme anxiety and depression, and are panicked by the thought of the black hole they were in before treatment returning. It is no coincidence the highest rate of suicide among women is in the 45 to 55 age group.

‘Women are losing jobs, marriages are breaking down – someone needs to get a grip of it urgently.’