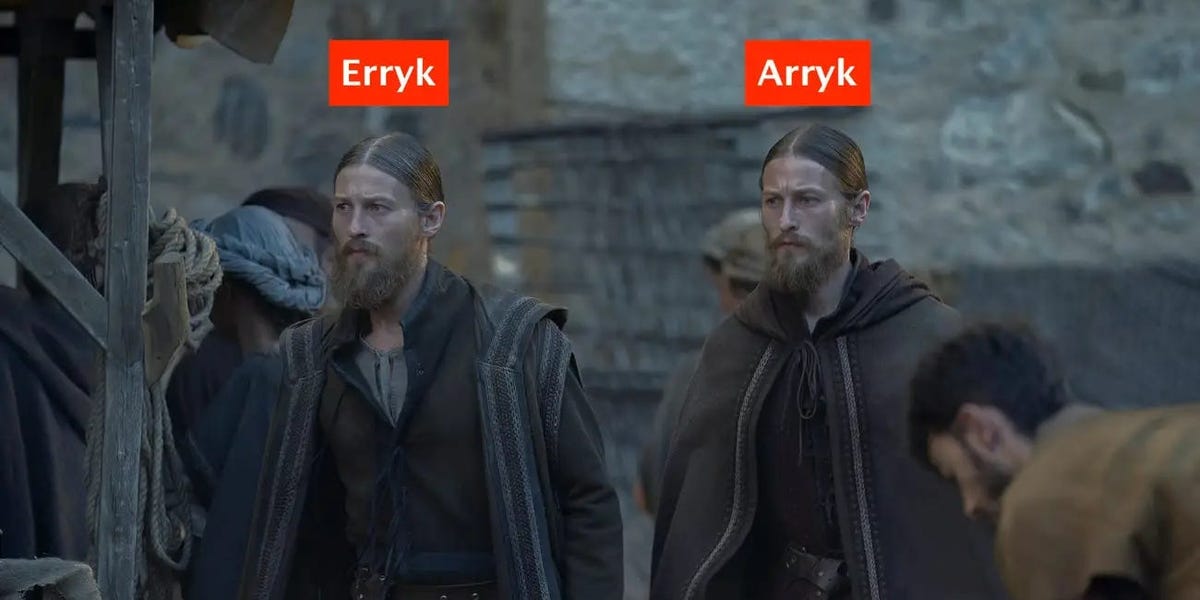 When illness struck the final hour of filming for “House of the Dragon,” HBO counted its blessings that it had hired identical twins.

Speaking on Entertainment Weekly’s West of Westeros podcast, director Greg Yaitanes revealed just how they managed to prevent delays in shooting the season finale after the actor who plays one of the Cargyll twins caught COVID-19. Luke and Elliot Tittensor, both 33 years old, play the roles of Arryk and Erryk, respectively.

After Elliot contracted COVID-19 on the second day of filming the climax, Yaitanes reported that Luke filled in for him during a crucial scene. Corlys Velaryon (portrayed by Steve Toussaint) returned to Dragonstone prior to Ser Erryk informing Rhaenyra Targaryen (portrayed by Emma D’Arcy) and her council that Otto Hightower (portrayed by Rhys Ifans) had arrived to discuss terms.

Yaitanes stated on the podcast, “There’s that scene, the big scene where Corlys walks down, they’re laying the marks on the table, and the messenger enters.” During the two days it took to film the scene, one of the twins, Elliot, tested positive for COVID-19.

Therefore, we exchanged him for his brother, Yaitanes explained.

The shift was largely undetectable; if Yaitanes had not pointed it out, it is unlikely that anyone would have noticed.

Yaitanes stated that if they hadn’t had access to a similar actor, it would have been disastrous as they were ready to film D’Arcy’s coverage and the character of Erryk is dear to them.

Yaitanes stated, “It would have killed us”

Although the cast and crew of “House of the Dragon” were able to prevent delay at that precise moment, they were unable to totally escape COVID-19 throughout filming in 2021. According to Radio Times, in July 2021, production was paused for two days after a team member tested positive.

Ryan Condal, co-creator and executive producer of the series, told Variety that the impending second season may not begin filming until 2023, now that the first season has broadcast in its entirety.