Skip to content
Home » News » News » Horror moment boy, 6, is attacked by a bulldog outside a busy café in the Gold Coast 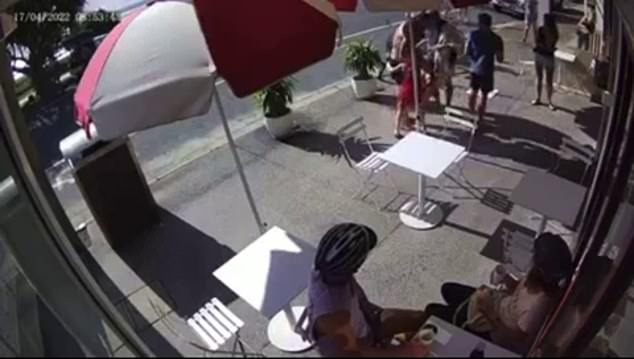 Shocking footage has emerged showing the moment a young boy was attacked by a bulldog outside a busy cafe.

Andy Bracek and his son Teddy, 6, were at Tommy’s Italian in Currumbin on the Gold Coast at 8am on Sunday when the incident unfolded.

In CCTV footage, Teddy can be seen walking over to pat the British bulldog when it suddenly latched on to his leg.

The child attempts to flee when the dog leaps up, appearing to bite his arm.

Mr Bracek then runs over to protect his son.

The owner is then seen grabbing the leash, attempting to restrain the animal.

As Mr Bracek is consoling the young boy the dog once again launches at the child before it is dragged away.

Mr Bracek has been left fuming over the incident.