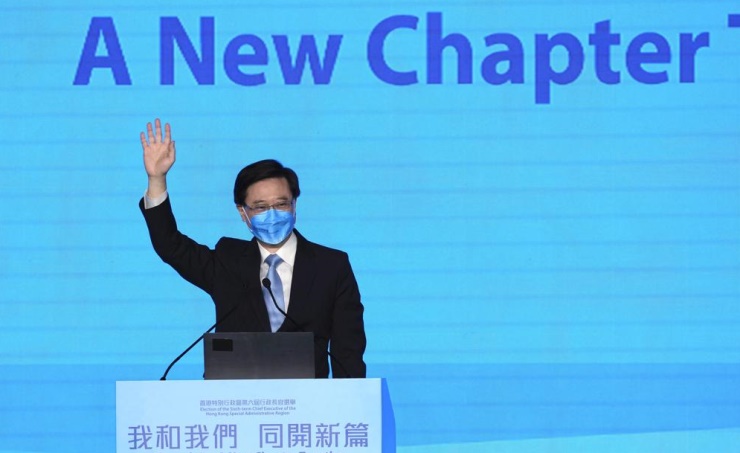 Hong Kong, May 8 (BNA): John Lee was elected as Hong Kong’s next leader Sunday, after winning over 99% of votes cast by an election committee.

As the only candidate in the polls, Lee was expected to win, especially since he had Beijing’s endorsement and last month obtained 786 nominations from members of the Election Committee in support of his candidacy.

Lam congratulated Lee in a statement and said she would submit the election results to Beijing.

“The present-term government and I will ensure a seamless transition with the Chief Executive-elect. We will render all the support needed for the assumption of office by the new term of government,” Lam’s statement said.

Mainland China’s Hong Kong and Macao Affairs Office of the State Council also congratulated Lee in a statement, saying the “successful election” proved that the city’s new electoral system is “good” and in line with the “one country, two systems” framework that Hong Kong is governed by.

The statement added that the new chief executive will lead the Hong Kong government and “people from all walks of life to forge ahead in unity.”

In his election campaign in the weeks leading up to Sunday’s polls, Lee pledged to enact long-shelved local legislation to protect against security threats and vowed to increase housing supply in the world’s most expensive real estate market.

He also said he would improve the city’s competitiveness and set a firm foundation for Hong Kong’s development.