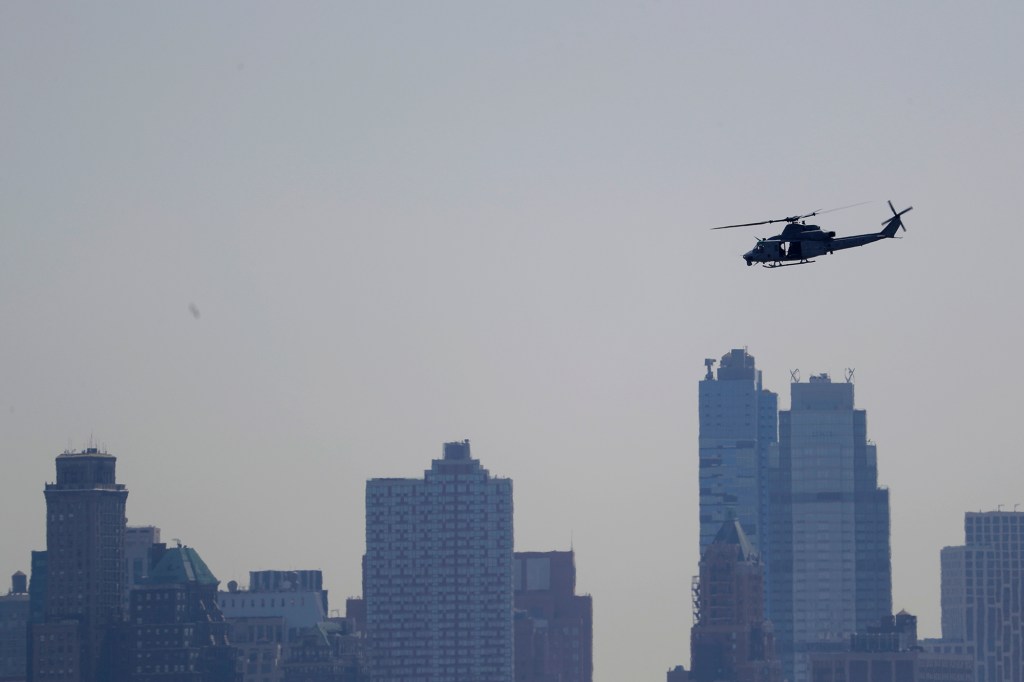 Gov. Kathy Hochul vetoed legislation enabling ex-convicts to work in casinos and a bipartisan bill to restrict tourist helicopters from Hudson River Park, where the incumbent Democrat occasionally flies on the public dime.

“Regulation of aviation and airspace is largely a federal responsibility, and federal law severely restricts the state’s authority to regulate in this area,” Hochul argued in her veto statement while rejecting potential restrictions on non-essential flights in the park.

West Side neighbors have often complained about the noise created by helicopter flights.
AP

Hochul also vetoed a bill that would have repealed the bar on employing felons to work in gambling facilities such as casinos, with exceptions for those convicted of “public integrity, embezzlement, theft, fraud, or perjury,” according to the bill’s terms.

While the newly-elected governor had previously supported criminal justice reforms, she stated that allowing criminals to work in gaming facilities went too far.

With few exclusions, Hochul voted against a bill that would have let criminals to work in casinos.
AP

“Employees of a gaming establishment do delicate tasks and handle enormous sums of money,” she stated in a veto statement.

In the past year, state legislators passed about a thousand laws, with approximately 200 proposals awaiting Hochul’s action in the next weeks.