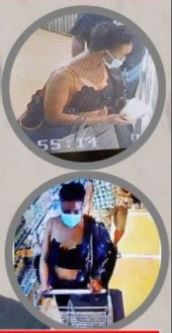 Hillary Gardee, the daughter of former EFF secretary-general Godrich Gardee, Hillary, was found brutally murdered with wounds to her head on Tuesday morning.

This vibrant young woman, who was busy doing a Post Graduate Diploma in Information Technology, went missing on Friday.

While police could not yet confirm the speculations of a kidnapping or abduction, the EFF made it clear that it looked at this stage as though Hillary was abducted and murdered.

The motive behind this brutal murder is still unknown.

HERE IS WHAT WE KNOW AT THIS STAGE:

Police spokesperson Col Donald Mdhluli said police were called out to the scene where a group of people discovered Hillary’s body.

It is not yet clear whether her body was found in an open area such as a field or inside a building.

WHAT IS THE LATEST FROM THE POLICE:

“They were on their way to work when they came across the body of a lady. She has now been identified by her family as Hillary Gardee. She was still wearing the same clothes she was in when she went missing.

“There were some wounds on her head, and police are now investigating a murder case.

“Anyone with information that may assist police in the investigation — maybe people who know who the killer is — can call the Crime Stop number at 08600-10111. Alternatively, members of the public can send information via MySaps app. All information will be treated as confidential and callers may opt to remain anonymous,” said Mdhluli.

On Tuesday afternoon no arrests have been made yet.

Meanwhile, EFF national spokesperson Sinawo Thambo said the family is obviously devastated and they are asking for patience at this time.

“We would like to convey to everyone our thanks and gratitude for the help, support, and love people have been showing.

“This heartbreaking news has left the Gardee family distraught and the collective leadership of the EFF at a loss for words.

“Her loss has left immeasurable devastation as he grapples with the pain of losing a child in such a callous, cruel, and inhumane manner,” Tambo said.