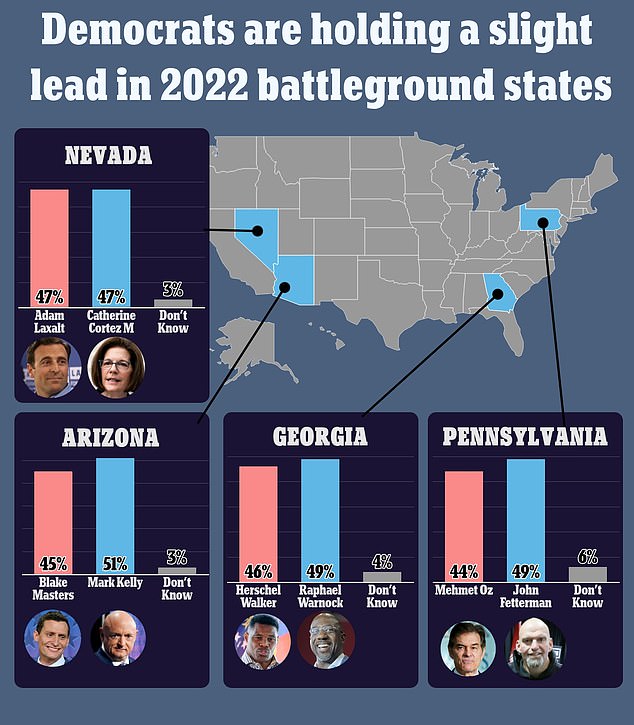 According to Hillary Clinton, the American people may not “truly appreciate” the significance of the approaching midterm elections since a GOP victory in Congress might have disastrous effects.

In an interview with MSNBC anchor Joy Reid on Tuesday, Clinton made the comments in response to a question about whether she thought people understood what Republican majorities in the House or Senate would imply.

Clinton said, “I don’t believe that people are really able to absorb it with all of the noise that we’ve had in this election season.”

In addition, I’m not convinced they really comprehend the dangers to their way of life. They could believe that the committee chair is, you know, rather abstract, she said.

Clinton proceeded by reiterating a line of attack that President Joe Biden has pounded in recent days: Republicans would “bring Social Security and Medicare up for a vote” if they regain majority in Congress.

The assertion relates to Senator Rick Scott’s plan to have all federal laws expire after five years, necessitating new legislation from Congress to maintain them in effect.

The proposal has been under fire from Biden and Democrats who claim it would put Social Security and Medicare at risk, but Scott has stated that he doesn’t “know one Republican” who supports reducing the retiree benefit programs.

Clinton proceeded by asking “why every American” wasn’t “up in arms” over Scott’s suggestion.

We now have a lot of issues in our nation. To attempt to address problems, we need sane people to band together, added Clinton.

Clinton also criticized Republicans in the interview for their “violent rhetoric,” which she said was to blame for the assault on Speaker Nancy Pelosi’s husband last week in their San Francisco home.

According to the prosecution, the attacker was obsessed with right-wing conspiracy theories and intended to assault the speaker in order to shatter her kneecaps.

‘So ask yourself, please, why would you give authority to individuals who themselves are unable to comprehend how dreadful it is that someone may be assaulted in their house or who don’t really care because they somehow believe it will earn them votes or get them elected,’ Clinton asked. This poses a serious danger to democracy’s core values.

With less than a week before the elections on November 8, the nation’s emphasis is becoming more on a few close races that might influence the political climate of the nation for years to come.

All 435 seats in the US House will be up for election, and the most recent 538 prediction gives Republicans an 80% probability of taking back the majority.

Republicans would only need to win one member in the Senate to retake control of the body, which means that Pennsylvania, Georgia, and Nevada’s close elections may determine the destiny of the party.

Senator Pat Toomey, a moderate Republican who opted not to run for reelection, will be replaced in Pennsylvania by Republican TV doctor Mehmet Oz, who will compete against Democrat Lt. Governor John Fetterman.

Despite the fact that Fetterman had a significant lead in the polls for the most of the campaign, Oz has recently closed the gap after concerns about Fetterman’s health in the wake of a serious stroke in May.

According to the most recent RCP polling average, Republican former NFL player Herschel Walker has a 1.6-point lead against Democratic incumbent Senator Raphael Warnock in Georgia.

Allegations that Walker, a fervent opponent of abortion, supported and paid for two different women to end their pregnancies after having personal connections with them have sparked controversy in that election.

Recent surveys show that Republican challenger Adam Laxalt and Democratic incumbent Senator Catherine Cortez Masto in Nevada are running neck-and-neck as they present their positions to voters on the crucial subjects of abortion, immigration, inflation, and crime.

A number of close races are highlighted on the map of gubernatorial elections, including the one in New York, where Republican Lee Zeldin has cut the deficit on incumbent Democrat Kathy Hochul in the typically very blue state.

Zeldin still trails Hochul by 4.8 points in the most recent RCP polling average, but in a state where Biden gained 23 points in 2020, that difference is almost nothing.

Additionally, the race for governor of Arizona is close between Republican Kari Lake, who is endorsed by Trump, and Democratic Secretary of State Katie Hobbs.

As Hobbs declined to take part in a discussion, Lake moved ahead of him early this month after months of trailing by 3–7 percentage points. The two are competing for the position of retiring Republican Governor Doug Ducey.