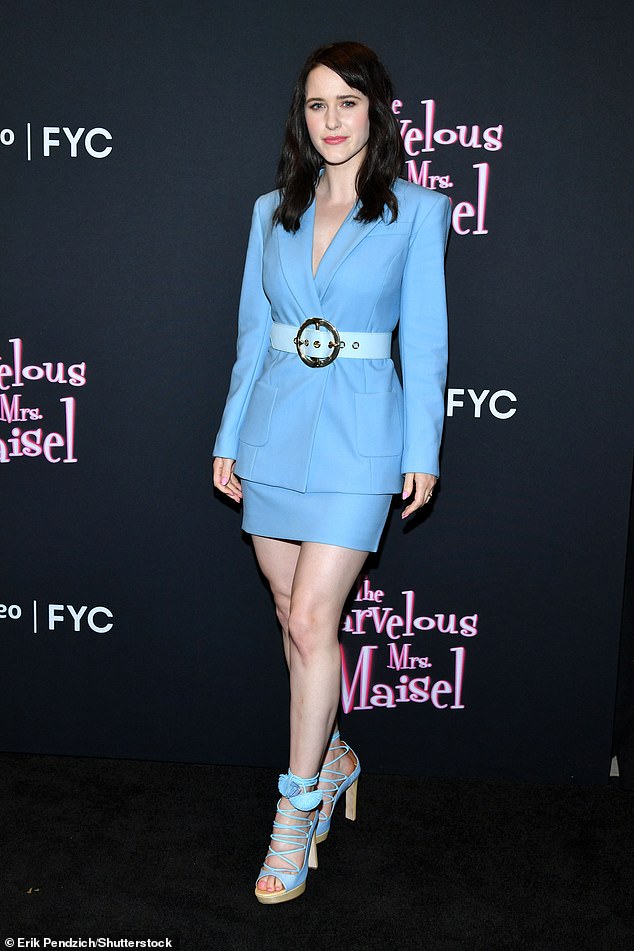 Actress Rachel Brosnahan led the chorus of celebrities who denounced the Highland Park killing, claiming it made her “sick” and that “enough is enough” after the slaughter at her hometown’s July 4 parade.

She wrote, “This parade is a highlight of the year for many many families. I grew up in Highland Park.”

Every time news like this breaks, I feel sick to my stomach, but I don’t wish anyone the pit in their stomach when they contact their loved ones to check on them. Not a word.

On Monday, a shooter opened fire from a rooftop before running away, killing six people.

Police say Robert Crimo, a 22-year-old local, is a person of interest and have apprehended him.

After a brief pursuit, he was apprehended.

Richard Marx, Ken Olin, and Michael Jordan, who played for the Chicago Bulls, all called the upscale neighbourhood with a sizable Jewish population home.

The 22-year-old suspect Crimo posted rap videos online showing himself firing shots in a classroom, so it’s unclear if he had any anti-Semitic intentions.

Highland Park was also used for a scene in the original Home Alone movie in which Macaulay Culkin’s character Kevin McCallister watches a family celebrating Christmas through a window.

The Tony Suburb served as the backdrop for some of the 1983 movie Risky Business, which helped to establish Tom Cruise as a household figure.

Brosnahan, 31, a cast member of The Marvelous Mrs. Maisel, grew up in Highland Park.

Olin, 67, a Thirtysomething and This Is Us actor, was born and raised in Highland Park.

He tweeted, ‘My hometown. ‘When I was a young boy, I attended this parade every year.

“My heart breaks for all the kids in our nation who will grow up afraid to celebrate with a crowd of joyful people,” the author writes.

Marx, 58, who has sold more than 30 million albums globally, claimed he was still ensuring the safety of his friends and family.

‘In Highland Park, I grew up. I’m actively contacting people there to inquire on their well-being,’ he tweeted.

No matter where these frequent mass shootings take place, my heart is always broken, but today I’m especially heartbroken. aggravated by the senselessness.

One of the wealthier neighborhoods in Illinois is Highland Park, a mainly Jewish suburb with 30,000 residents residing 30 miles north of downtown Chicago.

According to some estimates, the region’s Jewish population makes up around a third of all residents, according to Haaretz.

Jordan, a 59-year-old basketball legend, spent $2 million buy a seven-acre mansion in Highland Park in 1991, the same year he won the first of his six NBA titles while playing for the Chicago Bulls.

The 56,000 square foot house was constructed to his exact specifications, down to the placement of his jersey number 23 on the gates.

The home has a full-sized basketball court in addition to an outdoor tennis court, a cigar room, poker room, wine cellar, and nine bedrooms and 16 bathrooms.

In March 2012, Jordan, who currently resides in Jupiter, Florida, listed the house for $29 million. It is still up for sale and has a current asking price of $14.8 million.

The majority of people in Highland Park, who make up 75% of the population, are white and highly educated.