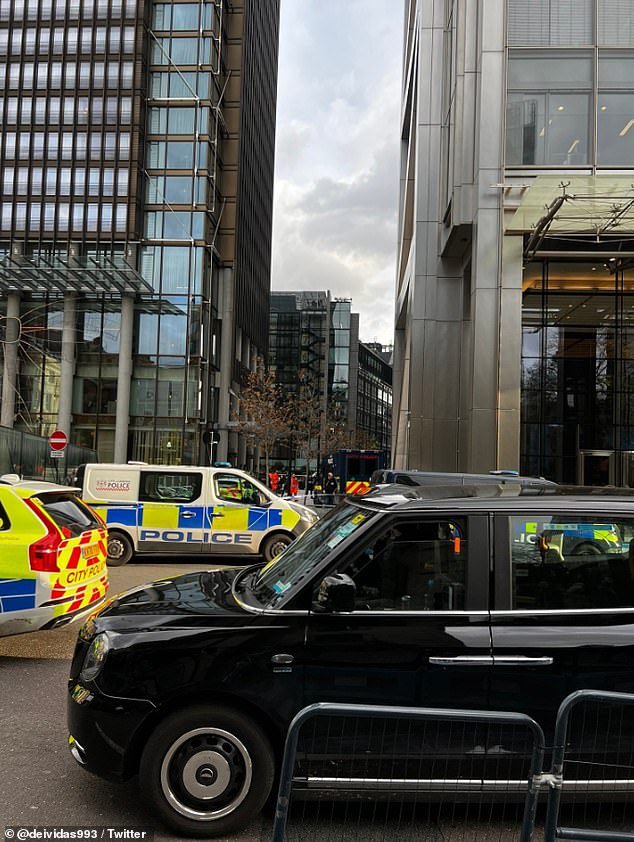 Heron Tower in the City of London has been placed on ‘lockdown’ following reports of a person falling from a height.

Thursday at approximately 2:00 p.m., emergency services arrived on the location, and the issue is “ongoing.”

Presently, emergency services are present outside Heron Tower in the City of London.

“Cordons are currently in effect, and the public is requested to avoid the area if at all possible while emergency personnel are still on the scene.”

At 2.02 p.m. today, the London Ambulance Service received reports of an incident on Bishopsgate in the City of London.

We dispatched a number of resources to the area, including an ambulance crew, two rapid response vehicles, and a clinical team leader.

The crisis is ongoing, and we are collaborating with colleagues from the emergency services.

As police responded to the incident, office workers and surrounding residents reported that the area had been “locked down.”