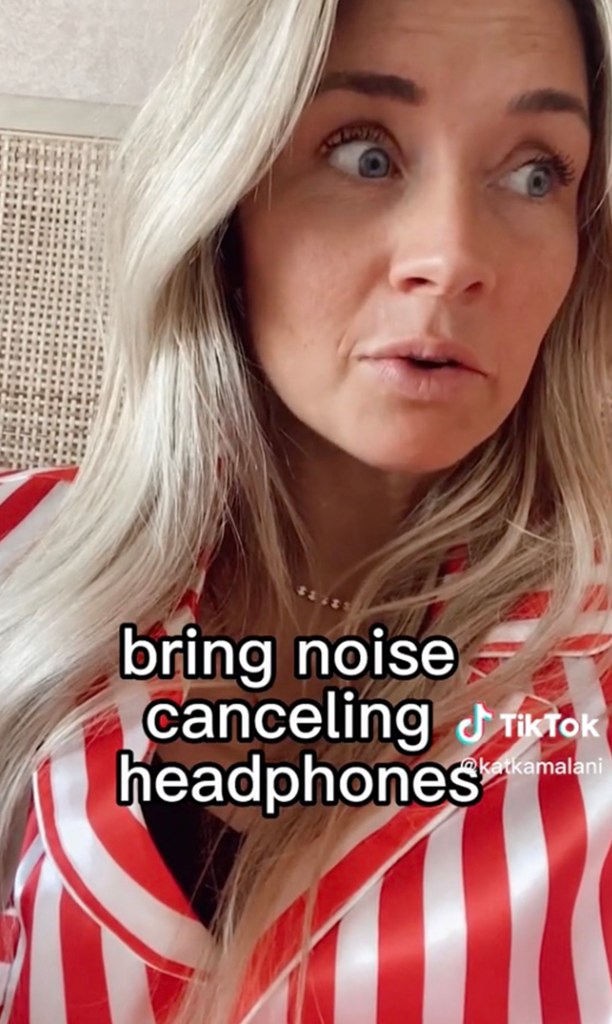 These foul-tempered tourists give the term “passenger” a bad name.

Contrary to common assumption, crying babies are not the most unpleasant airline customers, according to a former flight attendant from the United States. In fact, the passengers who most anger flight attendants are those who complain about wailing infants, the ex-stewardess says in a video with 1.5 million views.

Kat Kalamani, a six-year veteran of the friendly skies, remarked in the footage, “I can assure you that nothing bothers us more as flight attendants than when people complain about screaming kids.”

Accompanying film depicts a furious-looking “Karen” on an unidentified aircraft attempting to quiet a child who is throwing a tantrum off-screen.

According to the video, although these individuals may believe they are the heroes of the aircraft, they are actually upsetting both staff and fellow passengers.

Instead of complaining about crying infants, Kalamani proposes that irritated travelers bring noise-cancelling headphones or ask the parent for assistance.

And under no circumstances should you seek a change of scenery, according to the footage. “Don’t even suggest that we be relocated to a different seat,” the former flight attendant urges her roughly 950,000 followers. Because, I assure you, no one wants the infant to stop crying more than the parent.

Kat Kalamani offers advice for travellers who complain about screaming babies on board an aircraft.
TikTok/katkamalani

Obviously, the public service announcement connected with viewers, with one commenting, “If a youngster is sobbing, they are not doing it for fun!! Thank you!!!”

One parent stated, “Having three children and knowing that others dislike them is the hardest feeling. We take every precaution to ensure kids don’t cry…”

A TikTok wit offered, “Just tell them: Dear customer, this is public transit.” Next time, you should use your own jet.

“I guarantee you, nothing frustrates us as flight attendants more than when people complain about crying kids,” said Kalamani, a six-year veteran of the skies.
TikTok/katkamalani

Even purported flight attendants weighed in. “As a flight attendant, I become quite irritated when people complain to me about a screaming infant. I mean, what do you want me to do?” shouted one member of the crew.

Some armchair travel gurus, though, disagreed. One user fumed, “I can stomach it [kids screaming] on short flights, but NOT 14-hour journeys.” Some parents have no idea how to distract/calm/entertain their children on an airplane.

Another snorted, “Just don’t take a tiny child on such lengthy excursions.”

Even alleged parents stated that sitting near to wailing children was irritating. They stated, “As a parent of three, I do not wish to sit next to a sobbing infant.” I will always request to relocate.

Other dissidents advocated for planes to be infant-free. While such a service does not yet exist (as far as we are aware), Japan Airlines gives ticket-buyers the opportunity to preselect seats away from wailing infants.

Obviously, perspectives differ as to which kind of airline customers are the most annoying.

One alleged frequent flier even published a list of the “worst a–holes on flights” on TikTok, which included “gate crowders” and individuals who place their backpacks in the overhead bin.

»Here’s what makes flight attendants detest passengers the most«