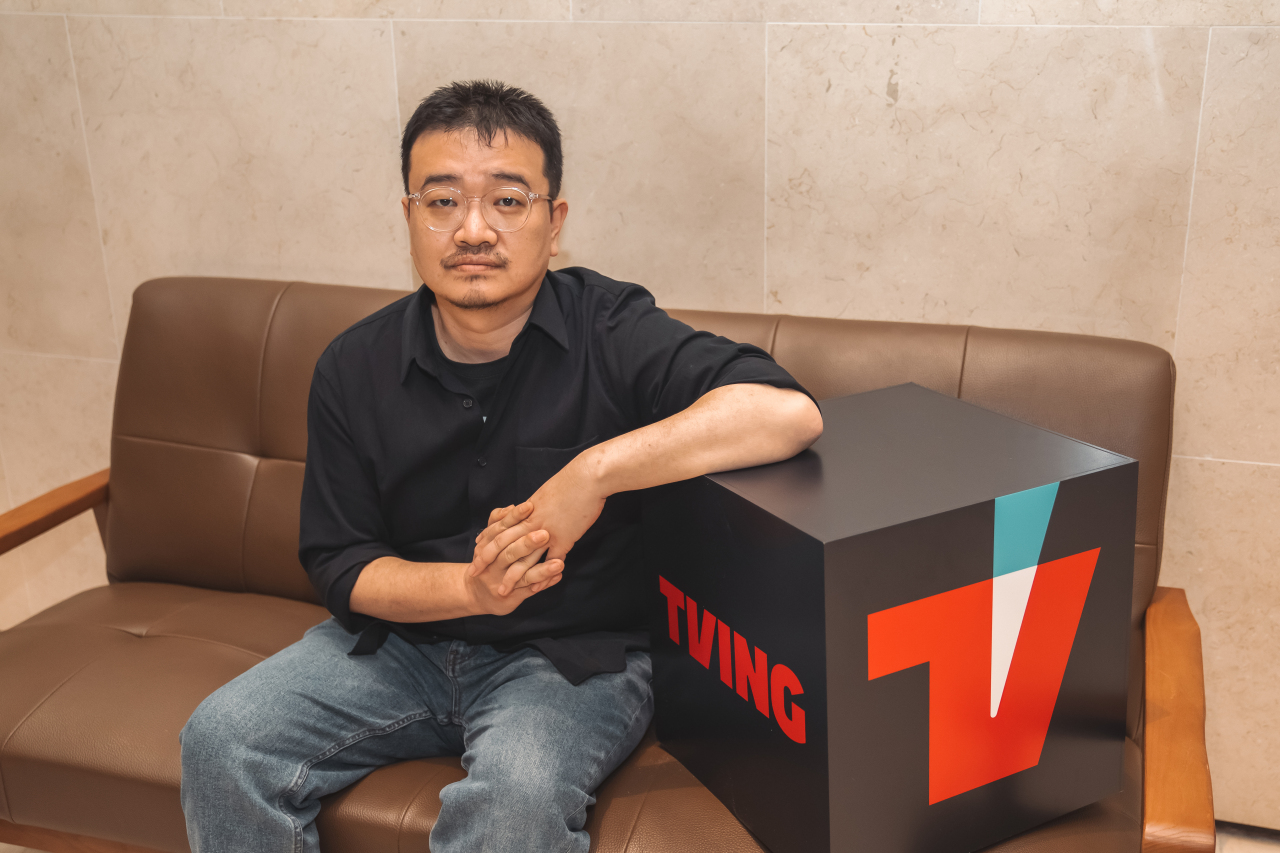 While satisfied with the recent success of Tving’s suspense thriller “Monstrous,” screenwriters Yeon Sang-ho and Ryu Yong-jae believe that they still have a long way to go to satisfy the public.

“‘Monstrous’ is a six-part series with each episode running almost 30 minutes. I wanted to make a series presenting a straightforward storyline at a quick pace. I believe ‘Monstrous’ is the first film-length series to be released by a local streaming platform,” Yeon said during an online press conference held on May 4.

“I am also living in a period where I need new experiences to adapt to the fast changing media environment as a content creator. Aside from entertaining drama fans with an interesting occult story, I wanted to see how the viewers feel and react to a short six-part series, helping me to prepare for my next project,” Yeon added.

Meanwhile, co-screenwriter Ryu said he would have been able to deliver a more improved version of the drama had he known which platform he was writing for, especially given the high-caliber performances from the actors and staff.

“The rise of streaming services means that our scripts have more chances at getting picked up. If Yeon and I had known which platform our stories would be adapted for, I think we would have been able to provide more entertaining elements for the viewers. Writing the script for ‘Monstrous’ was a great lesson,” Ryu told The Korea Herald. “Monstrous” is Ryu’s first time writing for a local streaming platform.

When asked about the continued show of paternal and maternal love in his projects, Yeon answered that he wanted to protect things like those types of love in a dystopian world.

“Many of my films and dramas take place in an apocalyptic world. When I think about what can be passed down to the next generation when people are placed in a desperate situation, it is love from parents. I think that is the reason why many of my works center around those themes,” Yeon said.

The screenwriters praised how the actors created lively characters.

“I was amazed how Shin Hyun-bin presented Soo-jin’s sadness in losing her beloved daughter through various facial expressions, allowing the viewers to empathize with her story. I believe she even delivered emotions that were not written in the script,” Ryu said.

Yeon and Ryu also thanked viewers after hearing that “Monstrous” had contributed the most to increasing the number of paid subscribers to Tving. The series also saw the highest number of unique visitors in the first week of its release.

“I think the public’s interest, whether supportive or critical, is positive feedback. I want to thank all the viewers who have enjoyed watching the series,” Yeon said.

Though Yeon and Ryu did not write the last scene, which hints at a possible season 2, the writers did not hide their excitement about how the story will develop in the future.

“If the first season showed how people react to their fears and sadness after meeting the cursed Buddhist statue ‘Gwibul,’ I hope to show the lead characters more as archaeologists,” Ryu added.

“I heard about the additional scenes later. Since ‘Monstrous’ was able to create such interesting characters like Ki-hoon (played by Koo Kyo-hwan) and Soo-jin (played by Shin Hyun-bin), I think we will be able to build a more intricate occult thriller and expand the original storylines,” Yeon told The Korea Herald.

Separately, Yeon’s next project, the upcoming Netflix sci-fi movie “Jung_E” starring actor Kang Soo-youn, will air in the second half of the year. Kang died of a cerebral hemorrhage on May 7.

The six-part thriller “Monstrous,“ which premiered on April 29, is available exclusively on local streaming platform Tving.