Skip to content
Home » News » Breaking News » Heidi Klum and Leni, costumed as Catwoman and a big worm, hugged on the red carpet 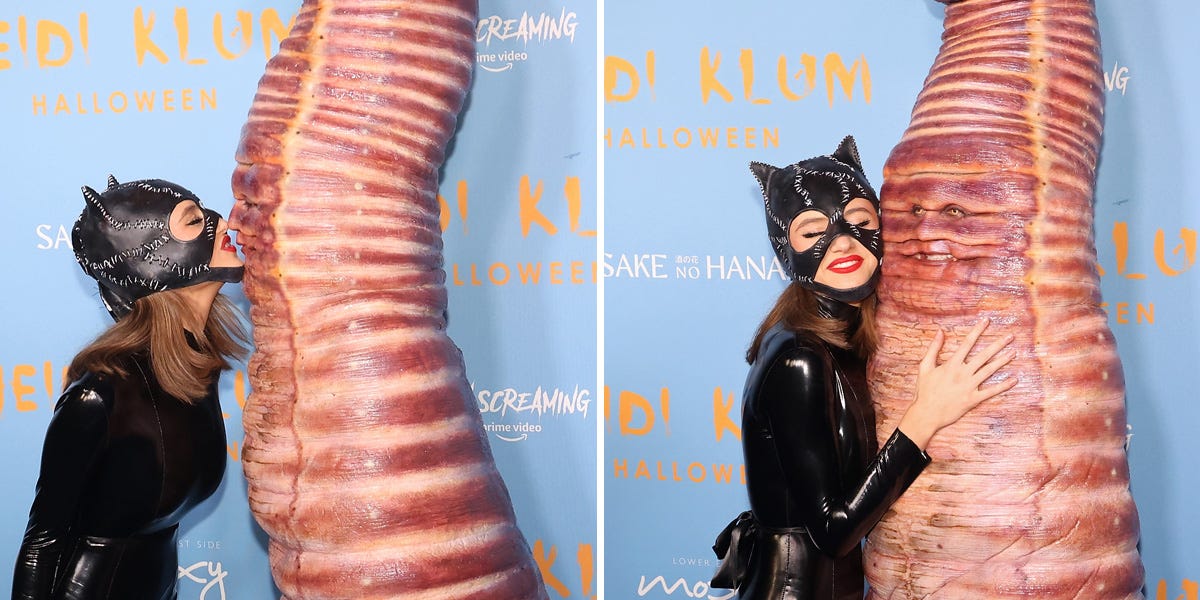 Heidi Klum and Leni Klum dressed as a huge worm and Catwoman.

This is how the mother and daughter walked the red carpet in New York City on Monday night prior to Heidi’s annual Halloween party.

The 18-year-old Leni donned a latex catsuit, a cat mask, and thigh-high boots to channel the DC Comics character. Heidi, on the other hand, changed into a worm by donning a realistic costume that concealed her limbs and legs.

Despite the fact that Heidi has stated in the past that she and her daughter often differ on fashion, Leni appeared to adore her mother’s outfit. She even gave her an embrace on the red carpet.

Obviously, Heidi could not hug her kid back because she was dressed as a worm.

Still, Leni demonstrated her affection by kissing her, as captured by paparazzi on the red carpet.

Heidi and Leni frequently appear on the red carpet together, albeit typically in trendy attire.

At the same event, they have donned identical dresses, coordinated leather ensembles, even accidently matched in glitter.

Heidi’s Halloween party was also attended by her husband Tom Kaulitz, the influencer Meredith Duxbury, the actor Julia Fox, and the musician Questlove.

»Heidi Klum and Leni, costumed as Catwoman and a big worm, hugged on the red carpet«