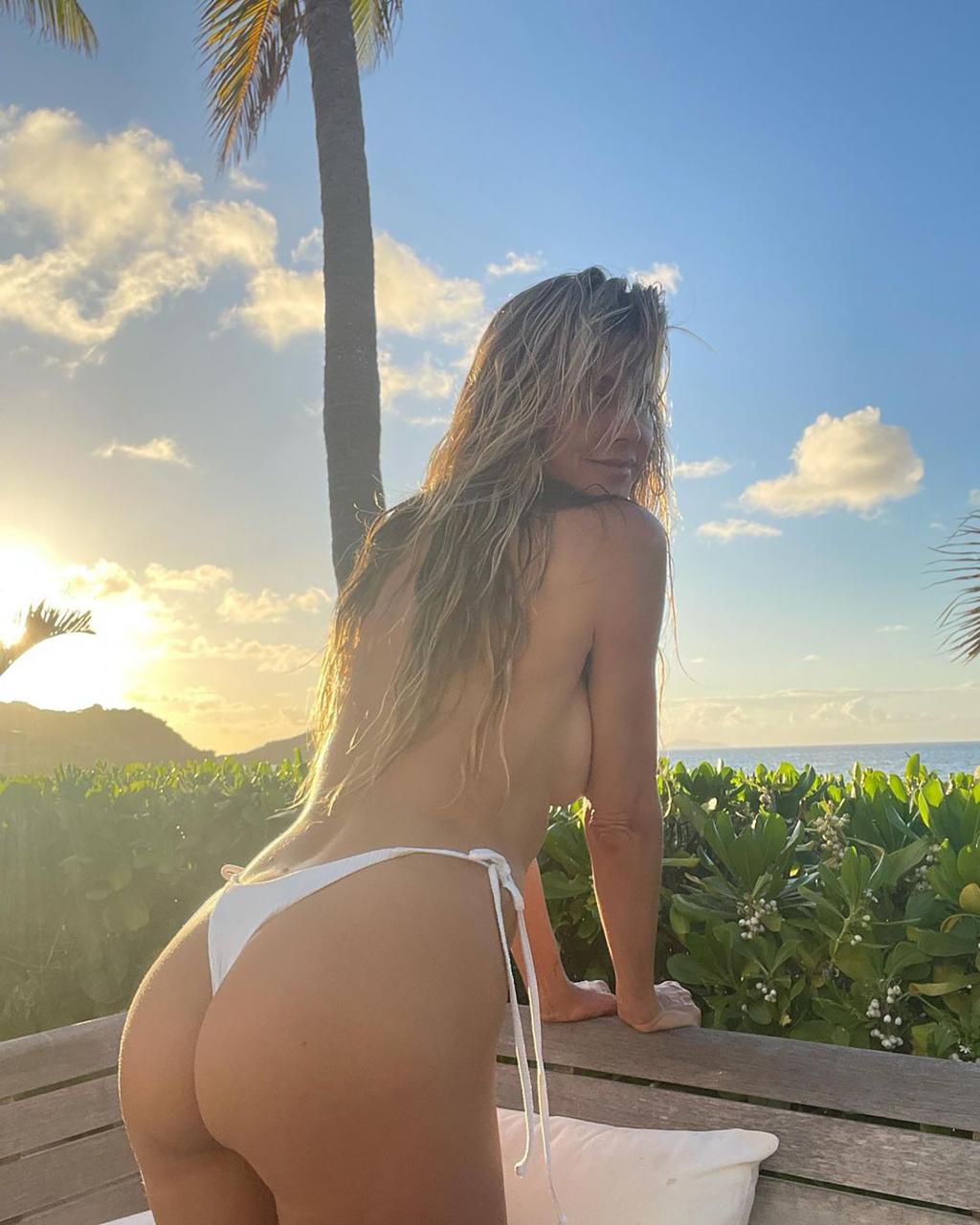 Thursday saw the release of Heidi Klum’s nipple, and she doesn’t seem to care.

The 49-year-old model flaunted her toned body in a white bodysuit while standing in a luxurious bathroom.

However, as she swept her blonde hair across her face, her top appeared to slip.

“MD,” the supermodel said on Instagram after disabling her comments.

While some of Klum’s 10.2 million followers may have been surprised to see her completely naked, the model has been known to publish racy content on her social media platforms.

Klum posted a provocative mirror selfie prior to her annual Halloween party that left nothing to the imagination.

The model is no stranger to sharing seductive photographs online.
WireImage

In the photograph, the Queen of Halloween posed completely naked save for a thong that she pulled down to display her tan lines.

Just weeks prior, she and her 18-year-old daughter, Leni, sparked controversy by appearing in lace underwear.

Klum left little room for speculation prior to her Halloween party.
Instagram/heidiklum

The mother of four wore a black bra and underwear set with white lace, but her daughter wore an all-black costume before changing into a white lace ensemble.

While Klum termed the shooting a “wonderful occasion,” several social media users considered the mother-daughter lingerie ad to be “strange” and “unsettling.”

“Sexualizing your daughter as soon as she becomes of age is strange,” commented one writer.

Larsa and Marcus are not exclusive; they are dating, according to a source…

Another wrote, “I wouldn’t model provocative lingerie with my mother.”

“I like to believe I’m progressive in these matters, but seeing a mother and daughter in lingerie in the same film is a bit icky,” said a third.

Leni, Klum’s daughter with ex-husband Flavio Briatore, defended the lingerie ad, stating that she “didn’t look at many of the replies.”

Heidi and Leni Klum posed side by side for a lingerie commercial while wearing matching bras and panties in black and white.

“Overall, I am pleased with the campaign, and I had a wonderful day with my mother.” At her mother’s expensive Halloween party, she told Page Six, “I think the images turned out wonderful, and we had an incredible night.”

She went on to say, “I adore her. She provides inspiration. I could go on and on about the counsel she offers me, the way she works, and everything else about her. I enjoy shooting with her tremendously.”