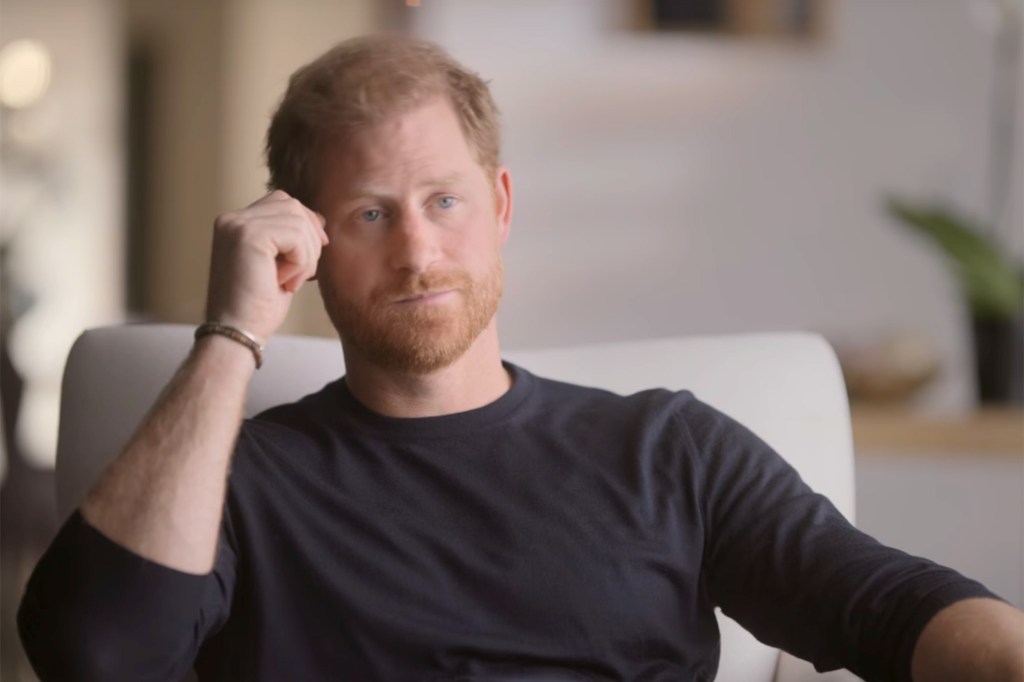 Prince Harry stated that it was “terrifying” for his brother Prince William to “scream and rage” at him at a meeting over the Sussexes’ separation from the Royal family.

In the concluding episode of Prince Harry and Duchess Meghan’s Netflix documentary series, he described his request for a “half in, half out” arrangement, in which he and his wife would have their own jobs but still serve the Queen.

During a family meeting to discuss their options, however, “it became immediately apparent that the goal was not open for discussion or dispute.”

While Harry stated that he did not “surprise” his grandmother with the news that he and Meghan were leaving the royal family and moving to Canada, he insisted that what followed felt like an attack.

In the show, he remarked, “It was scary to have my brother yell and shout at me, my father say things that were simply not true, and my grandmother just sit there and sort of take it all in.”

Harry described how he first requested a “half-in, half-out” arrangement, in which he and Meghan would have their own jobs while still supporting the Queen.
Netflix
In better times, Princes William and Harry with Duchess Meghan and the Princess of Wales.
Getty Pictures

Throughout the most recent episodes, Harry has strongly implied that his brother persisted in tormenting the couple and ultimately “pushed us out of the family.”

Harry remembered that on the same day as the “Sandringham Summit” — where the alleged yelling took place — “a story was published claiming that William had bullied Meghan and me into leaving.”

“Once I returned to my car following the meeting, I was informed that a joint statement in my and my brother’s names refuting the rumor that he forced us out of the family had been posted.”

“I was unable to believe it. “No one had asked my permission to put my name on such a statement,” he snarled, implying he would not have issued such a denial.

While Harry said he never “snuck up” on his grandma, he described the entire incident as an attack.

He immediately called Meghan, who was in Canada at the time and cried uncontrollably over the phone.

“Within four hours, they were willing to lie to protect my brother, but for three years they never told the truth to protect us,” Harry protested.

The young prince stated that the worst aspect of the controversy was the rift it caused between himself and his brother.