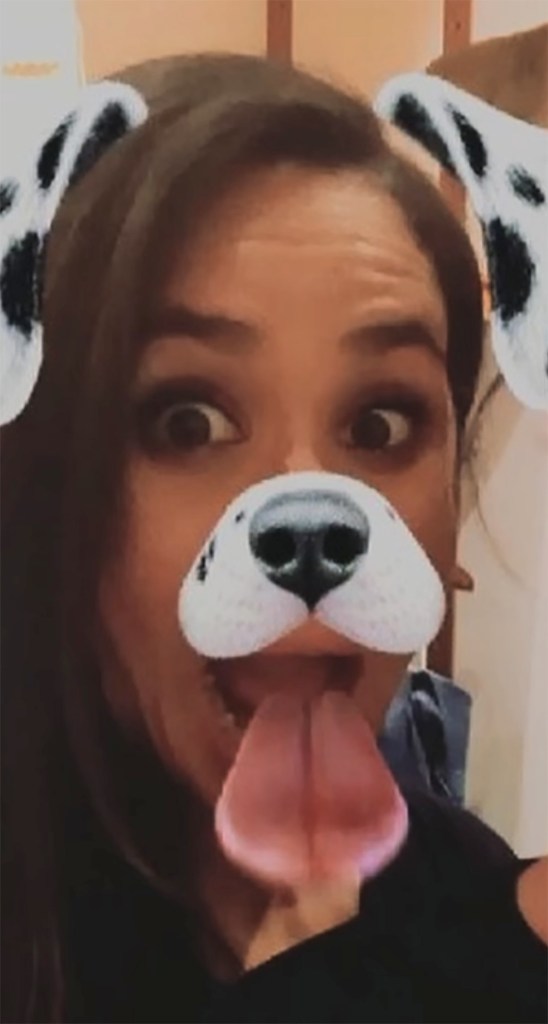 The six-part series offers a behind-the-scenes look at the Duke and Duchess of Sussex’s life together, including their early courting, the controversies, Harry’s criticism of the media for racism, and their unusual step back from the royal family and new life in California.

Directed by Emmy winner and two-time Oscar contender Liz Garbus, the series features riveting interviews with the couple and their relatives and friends who have not before spoken up.

Here are the most important reveals from the first three episodes, which are currently available on Netflix:

It has been claimed that the pair met through common friends, but Prince Harry confesses that he first spotted Markle on Instagram using a silly Snapchat dog filter. When a mutual friend contacted Markle, they referred to him as “Prince Haz.”

Markle shared, I inquired, “Who is that?” After exchanging phone numbers, they went on a date, during which Prince Harry was delayed by half an hour due to traffic. “I was panicked, freaking out, and perspiring,” he stated. Meanwhile, she admitted that his tardiness did not impress her. “I had never met him. I was like, “I’m not doing this… “A man with such a large ego that he believes any woman would wait for you for half an hour?”

Prince Harry had a true list of attributes he was looking for in a woman, but when asked to share it, he responded, “Let’s not go there.”

Prince Harry claimed that Meghan Markle’s puppy filter photo was the first image he saw of her.

Markle stated that she was followed by paparazzi on the set of “Suits” when she was filming after news of their relationship leaked. “They compensated several neighbors to install a livestream camera in my garden… It was eerie. “My face was everywhere; tabloids had taken over,” she stated.

Due to the fact that the couple was still in the “getting to know each other” phase of their relationship while Markle was making headlines, Harry admitted, “There were things that were said and written [in the press] that I had to ask Meghan about.”

Meghan wasn’t treated as a “black woman” until she moved to the United Kingdom.

Both she and Prince Harry were taken aback by the headlines targeting her race following the announcement of their relationship, as she had never been viewed as “a black woman” before to that time, she added. Prince Harry highlighted his frustration at the palace’s lack of comprehension.

“The directive from the palace was ‘Do not speak,'” he explained. “As far as the family was concerned, everything she endured was also endured by them. As if to say, “My wife went through that, so why should your girlfriend be treated differently? Why should you receive preferential treatment?” And I responded, “The distinction here is based on race.”

Later in the documentary, Harry stated, “I am really proud of the fact that my children are of mixed race…

The most essential thing for the two of us is to avoid making the same mistakes our parents did.”

A childhood photograph of Meghan Markle and her mother, Doria Raglan, appeared in the documentary series.”

In the second part of the documentary series, Markle discusses her initial inexperience of royal protocol, such as not understanding how to curtsy when she first met the Queen. She also revealed, “When Will and Kate came over for supper, I was wearing torn pants and no shoes. I’ve always been a hugger, but I didn’t understand that’s strange for many British people. I began to realize very soon that the exterior formality extended to the interior… You shut the door and say, “Okay, you can relax now!” However, this formality persisted on both sides. I was surprised by that.”

Harry and Meghan are featured in the Netflix documentary.

In 2005, Prince Harry infamously attended a party wearing a Nazi outfit. In the document, he refers to the affair as “perhaps one of the biggest blunders of my life. I was so humiliated afterward I only wanted to set things right,” he stated. He reported speaking with the top rabbi of London and a Holocaust survivor of Berlin. “I might have simply ignored it and repeated the same mistakes throughout my life. But I learned from my experience.”

Markle’s father Thomas surprised Markle and her mother by posing for the cameras just before their wedding, which ultimately led to a rift. “I was completely astonished that Tom would become a part of this circus,” Markle’s mother, Doria Ragland, adds, while Markle says she learned through a tabloid that her father would not be attending her wedding because he refused to answer her phone calls. “What occurred is really tragic,” adds Harry. “Before this, she had a father, but she no longer has one. If Meg were not with me, her father would still be her father.”

December 15 will see the release of three additional episodes of “Harry & Meghan” on Netflix.