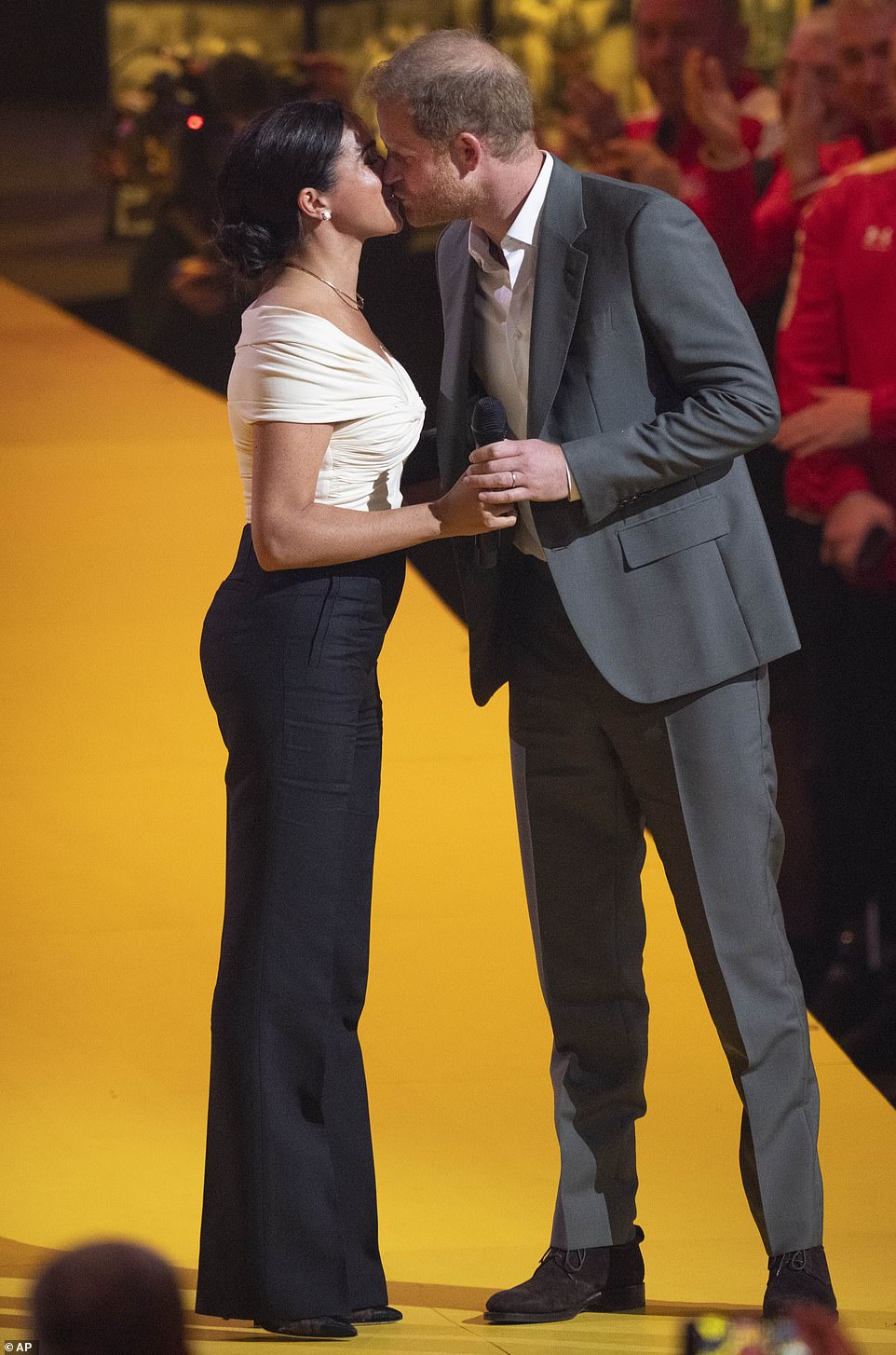 Harry and Meghan shared an intimate on-stage kiss at the opening ceremony of the Invictus Games on Saturday night – before the emotional prince delivered a heartfelt speech to more than 500 injured veteran competitors, telling them he would be proud if his son grew up to have their ‘character’.

The royal couple’s PDA moment came after Meghan had taken to the stage inside the Zuiderpark stadium in The Hague, the Netherlands, to introduce the Duke of Sussex.

Meghan spoke of her ‘love and respect ‘ for Harry before mentioning their two young children and saying she could ‘not be prouder of my husband’.

The Duchess cut a chic figure at the event in an elegant white top, high waisted black trousers and a simple gold necklace, while Harry opted for a grey suit and open-collared white shirt.

It comes after they spent the day meeting injured military veterans before hitching a ride on mini Land Rovers – driven by children – with their Netflix crew in tow to capture every moment.

After thanking the veterans present for their military service, she said: ‘Now it is my distinguished honour to introduce who you will be excited to hear from.

Harry took to the stage and kissed Meghan as he took the microphone out of her hand. He smiled broadly as Meghan returned to her seat and said: ‘Thank you my love’.

Prince Harry and Meghan Markle, Duke and Duchess of Sussex, kiss during the opening ceremony of the Invictus Games